The Boeing C-40A Clipper is a multi-talented aircraft designed and manufactured by Boeing and certified by Federal Aviation Administration as 737-700 convertible/combination aircraft configured for the transport of cargo and passengers all over the world. It provides critical logistic support in order to meet mission-sensitive needs. 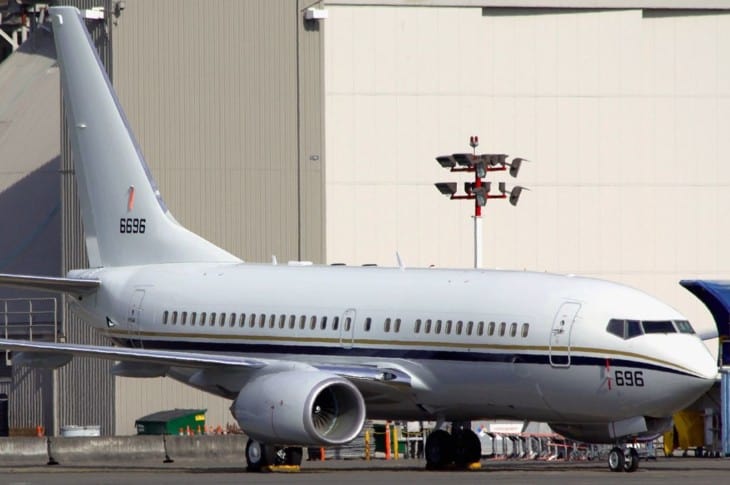 This aircraft is a version of Boeing 737-700C Next Generation. Maiden flight took place in April 2000 and entered into service with the United States Naval Reserve Fleet Support Squadron after a year in 2001. The Boeing C-40A is the first new logistics aircraft to join the US Naval Reserve in 17 years.

In June 2006, the ninth aircraft was delivered. Two more aircraft were ordered by US Navy in December 2008, delivered in February 2011. The US Navy requires up to 20 units.

The aircraft program is conducted by Boeing Derivative Airplane Program in Seattle. Fuselage manufacturing happened at the Boeing facility in Wichita, Kansas, then the assembly in Renton, Washington. Flight Testing took place in Seattle, and combination, modifications, and certification took place in Wichita, Kansas. The Naval Reserve is responsible for the line maintenance of C-40A.

Boeing C-40A is authorized to operate in three settings: an all-passenger configuration where it can transport 121 passengers, an all-cargo configuration to accommodate 8 cargo pallets, or a combination of 3 cargo pallets and 70 passengers on the main deck. C-40A is staffed and operated by US Naval Reserve.

This aircraft provides longer range and high-priority logistical airlift to aid military transport activities. Fitted for deployment to civil airports and military bases, Boeing C-40A is formed on a civil airline design. Its 33.63-meter-long and 12.55-meter-tall fuselage, and 4.32-meter wing is built with an aluminum alloy fail-safe design.

Structured to accommodate added gross weight, the undercarriage of C-40A has been enhanced, and the tricycle-type landing gear is suited with brakes by Honeywell or Goodrich and shock absorbers by Boeing.

The flight deck of C-40A Clipper is a two-crew deck with a glass cockpit same as the Boeing 737-700 aircraft. It is designed with a Honeywell common display system with five flat panel liquid crystal display screens. It also has an advanced global positioning system and a dual flight management system.

The Boeing C-40A Clipper is powered by two CFM International CFM56-7B turbofan turbofan engines with a maximum thrust of 27,300 lbf each. These engines are mounted at the wing. The nacelle that holds the engine were made of graphite-kevlar-glass-fiber composite and fiber-reinforced plastic. C-40A has a Honeywell 131-9B auxiliary power unit as a source of bleed air and air conditioning of the aircraft.