The Boeing 737-500 is the final and shortest variant of the Boeing 737 Classic produced by the American manufacturer Boeing Commercial Airplanes. It has a range of 2,950 nautical miles, and the 737-500 can accommodate up to 132 passengers. 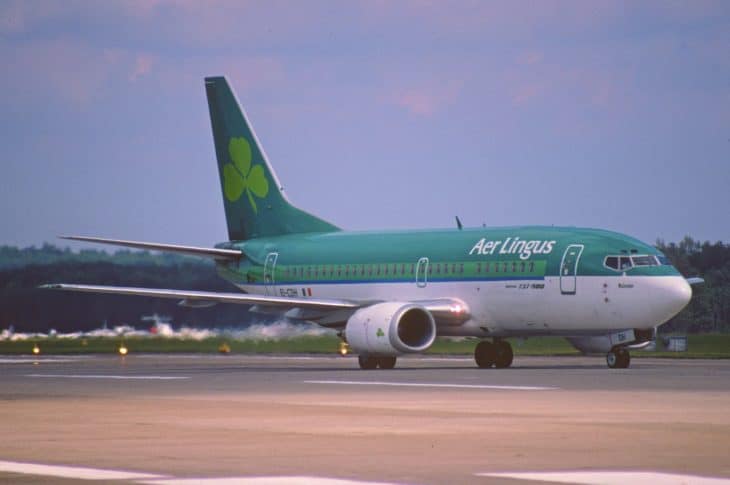 In 1979, the Boeing company developed the Boeing 737 Classic, the second generation of the original Boeing 737 narrow-body aircraft. The company aims to develop an aircraft with longer range and increased capacity, including some enhancements with the latest specifications at the same time keeping commonality with the 737 previous versions.

In May 1987, the 737-500 was launched by Southwest Airlines, the world’s largest low-cost carrier based in Dallas, Texas. The airline placed an order of 20 aircraft.

The 737-500 became popular in Russia, having some of its airlines purchase second-hand models of the aircraft. Several airlines include Nordavia, S7 Airlines, UTair, Sky Express, Rossiya Airlines, Yamal Airlines and Transaero. These airlines purchased second-hand 737-500 in replacement of the old aircraft built by Soviet and also to enlarge their fleets. Aerolineas Argentinas, the flag carrier of Argentina also acquired second-hand 737-500 in replacement of their 737-200.

The 737-500 is equipped with new engines for an improved fuel economy and has modernized avionics. The engines were placed ahead of the wing with the engine accessories on the sides of the engine pods.

The aircraft has the longest range among the 737 Classic variants and has the smallest dimension. The aircraft has an exterior length of 31.01 meters, height of 11.12 meters, and has a fuselage diameter of 4.01 meters.

The wing is designed to enhance the aerodynamics. It has a wingspan of 28.88 meters and a 23-centimeter extended wingtip. The leading edge slats that allows the aircraft to fly at a high angle of attack were adjusted. The trailing edge flaps that aims to increase the maximum lift coefficient that a wing can produce were also repositioned.

The 737-500 flight deck has an optional Electronic Flight Instrument System (EFIS) and the cabin is enhanced with certain upgrades same of those on the Boeing 757. An older style mechanical cockpit and a glass cockpit configuration were accessible.

These certain conditions need high thrust settings and mainly present with a low weight aircraft and a comparatively aft center of gravity where the aircraft ought to nose up. The STS also aids the crew when controlling the aircraft manually on these conditions without engaging the autopilot by using an opposite stabilizer trim, and using an autopilot trim to command a nose down force.

The engine of the 737 Classic does not have circular inlets unlike other aircraft. The 737-500 is powered by CFM56-3B1 made by CFM International. The CFM56-3B1 is a high-bypass turbofan engine with a maximum thrust of 20,100 pounds. It is a two-shaft engine, a high-pressure and a low-pressure rotating shaft that were individually powered by its own turbine section.

The engine has a single-annular combustor, high-pressure compressor, unmixed exhaust nozzle, single-stage high-pressure turbine and is equipped to support various reverse thrust system that aids to stop and slow the aircraft after it landed.