The Boeing 737-800 is one of the most popular choices for passenger transport on the market today priced in at 82 million dollars. It sports its powerful crew and passenger carrying abilities elegantly as it takes flight. This airliner can hold either 162 first class seats, 175 business class or 189 economy seats in total. In reality, most models will operate in a combination of classes. 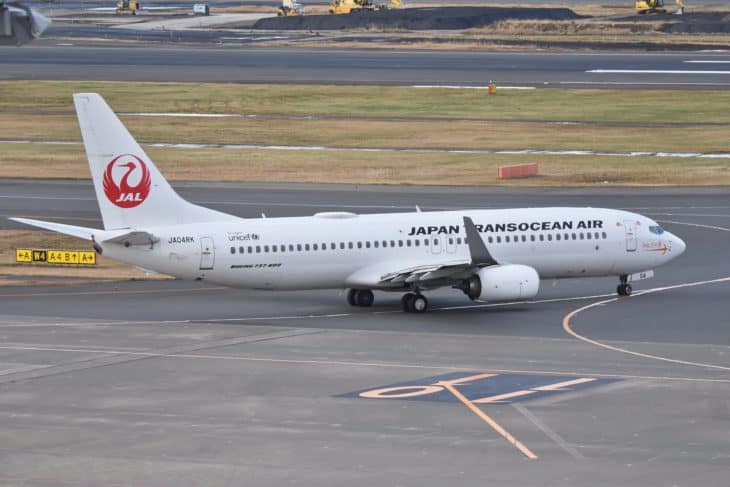 Boeing set out to increase production output and began development on the Boeing 737-800. The 800 was developed to replace the 727 on short routes. Based on the 737-400 the 800 variant would improve upon seating capacity over its 400 variant. This narrow body jet airliner had first rolled out on June 30, 1997 and shortly after was had its first test flight with he pilot Jim McRoberts in the cockpit. The 800 variant is the stretched version of the 737-700. Since development and production Boeing has built 10,574 737-800s.

Production has run from 1998 to present day. The Boeing 737-800 to date has around 5000 units produced and 2019 saw 138 of the 800 roll of the production line. It is produced in the Renton plant in Washington by Boeing Commercial Airplanes. In the 90s Boeing produced 80% of components in house including the wings, fuselage and tall assemblies. Later on Boeing contracted out such production to other suppliers.

Boeing’s 737-800 isn’t called the most popular airliner for no reason. It’s sales cant be matched. Boeing supplied 10,574 since initial development as of 2020. Boeing has its 737 in almost every single developed nation. The 737-800 is used in airlines such as Aircal, Delta Air Lines, New York Air and United Airlines just to name a few.

The design of the 737-800 lends itself to the sleek size and prowess of this aircraft. The design of the 800 comes from studying the pitfalls of the 727. The 800 being based of the 400 is designed for short routes. The initial concept included podded engines and a T-tail as seen on the 727. However engineers designing the 737 opted to lighten the structure with the engines underneath he wings and allow for the fuselage to be widened for six-abreast seating.

Boeing uses Rockwell Collins avionics for the 737-800. The cockpit is a dual seat design. There aren’t to many differences between each variant. Most of the differences comes from lighting in the overhead giving clear readings of digital gauges. Two panels control the displays one either side of the cabin.

Seating in the 737 was a result of the design when moving the engines underneath the wings. As mentioned this allowed the fuselage to be expanded and have six-abreast seating. The total capacity is 526 seats broken down to 162 first class seats, 175 business class and 189 economy seats.

There are many variants of the 737. The 800 shares a lineage with the 300, 400, and 500. It is notably more stretched than and based off of the original 400. Each version in the 737 family fills a differ role. A unique variant in the 737 family is the 737 Convertible which is both a passenger and cargo airliner.

The Boeing 737-800 fills the role upping the capacity of the 300 up the line tot the 500 version. The 800 is mainly used for passenger transport with its 526 seating capacity. And the 800 has shown to be one of the most popular models for filling this role.

Some accidents involving the Boeing 737-800 have resulted in the death or injury of passengers aboard. In one insistence a 737-800 on a route from Istanbul crashing in a field near the Polderbaan. The airliner was attempting to land at Amsterdam’s Schiphol Airport. The aircraft broke into 3 pieces after crashing. Out of the 135 passengers on board there were 9 fatalities and 84 suffered injuries. The cause of the accident was determined to be a malfunctioning left radar altimeter.

Boeing’s main competitor is with Airbus. Their version of the Boeing 737-800 is the Airbus A220. Airbus has come to dethrone the 737 as the leader of the industry. A previous model which had success was Airbuses A320. Although successful the A320 could not take on the Boeing 737’s success.