Originally the crown jewel of Boeings aircraft and the first of the jumbo jets, the $167 million dollar jets started rolling off of Boeing’s assembly line in 1969. Born out of a loss of a military contract, the aircraft became perhaps the most iconic passenger plane of all time. 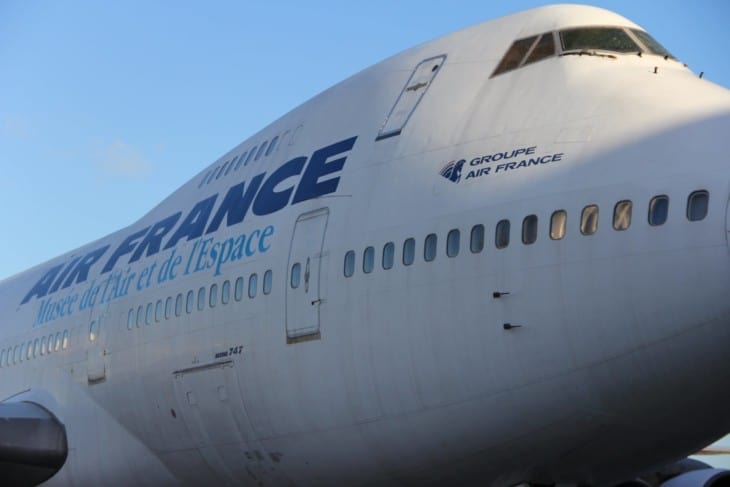 The last of the commercial (so to speak) Boeing 747-100’s was used by General Electric as a test plane, an airplane that was used by Pan Am airways before it went bankrupt in 1991. Boeing produced and delivered to customers a total of 167 of the jumbo jets.

Boeing lost a contract for the military to produce a transport plane which Lockheed locked in, but when Pan Am approached Boeing and said it wanted larger planes for its overseas flights, Boeing converted their transport design to one that flew passengers, and Pan Am order 25 before the airplane was even designed.

The 747-100 literally transformed passenger flying, significantly reducing the costs of flying internationally, as the plane carried 366 passengers, as compared to a typical 707 airplane which carried up to a max of 189 passengers.

After Pan Am expressed interest in the airplanes, Boeing still developed problems. For one, they needed to find engines big enough to fly the airplane, as even empty, the plane weight 358,000 pounds.

Secondly, Boeing had the plans on the drawing board, but did not have a factory big enough to handle the giant, 195 foot-wide, 231 foot in length and 63 foot in height aircraft.

Boeing designed to build a new plant 50 miles away in Everett, Washington, and the plant, is still, by volume, the largest in the world.

Although they first 747-100 rolled off the assembly in 1969 and after testing was delivered to Pan Am later that year, the first-floor model was built in an incomplete hangar.

For the engines, Boeing, in conjunction with Pan Am, selected to use 4 Pratt and Whitney JT9D-7F turbofan engines, each producing over 46,000-pound force each.

The design, as stated originally developed out of Boeing failed attempt to develop a transport plane for the USAF.

When Boeing lost the contract, they continued to develop the airplane primarily as a cargo plane, perhaps seeing contracts with other defense departments, or with civilians wanting to move freight.

The 747-100 was primarily used by commercial airliners, although certain governments such as Iran used them to shuttle VIP’s and GE Aviation used the four-engine 747-100 to test engine performance of its various engines.

So the airplane had dual use initially, but the 747 so reduced the cost of a flying hour per passenger, that orders besides Pan Am quickly followed.

Initially, the 747-100 was intended to have both an upper and a lower deck for passengers, which would enormously increase seating capacity. However, it was discovered through testing that have two decks of passengers would significantly increase the amount of time it would take to evacuate passengers during an emergency.

Ultimately, the passenger deck was reduced to one, but there were two above levels, attached to a stairway, for first-class passenger seating and lounging around.