The Messerschmitt Me 323 was manufactured by the German company Messerschmitt as a heavy military transport aircraft during the Second World War. It first flew in January 1942 and entered service in 1943. The aircraft was majorly used by the Luftwaffe and was a powered version of the cargo glider Me 321 Gigant. Me 323 was the biggest land-based transport aircraft during World War II. It was produced from 1942 to 1944 with a total number of 213 aircraft built. 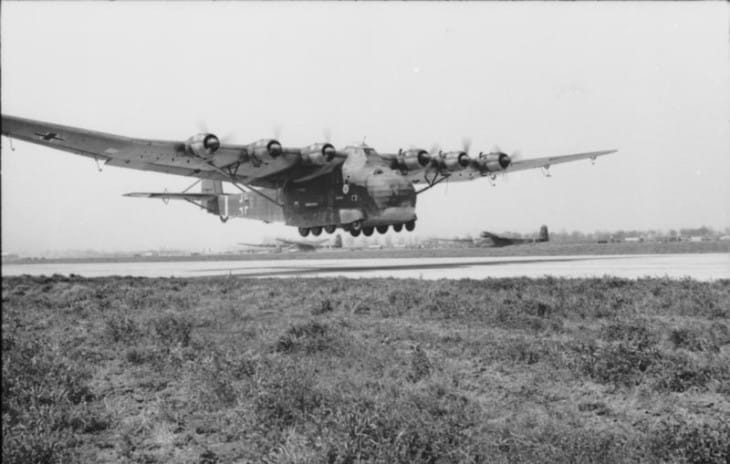 The Messerschmitt Me 323 was developed out of a German requirement in 1940 to build a large assault glider to be used for the Operation Sea Lion. On January 20, 1942, the aircraft took to the air for the first time. The Me 323 V1 was the first prototype fitted with four Gnome-Rhone engines.

The aircraft is powered by three Gnome-Rhone 14N-48 and three 14N-49 engines. It is a fourteen-cylinder two-row air-cooled piston engine with two inlet and two exhaust overhead valves per cylinder, a single-stage single-speed centrifugal-type supercharger, a Stromberg carburetor fuel system, a pressure fed oil system, an air-cooling system, and a planetary reduction gearing.