The Messerschmitt Bf 109 was developed by German designers Willy Messerschmitt and Rober Lusser during the 1930s. It was a fighter aircraft during the Second World War and entered service in 193 throughout the course of the Spanish Civil War. It first flew in May 1935 and was used by Luftwaffe, Hungarian Air Force, National Republican Air Force, and Royal Romanian Air Force. A total of 33,984 aircraft were built. 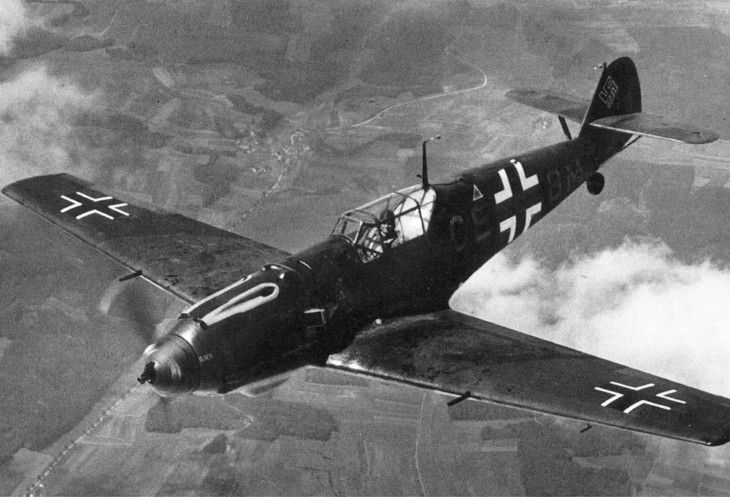 The aircraft is powered by a single Daimler-Benz DB 605A-1 engine. It is a twelve-cylinder liquid-cooled supercharged inverted Vee piston engine with two intake and two sodium-cooled exhaust valves per cylinder actuated through a single overhead camshaft per cylinder bank, a single-stage variable-speed centrifugal-type supercharger driven through a barometrically controlled clutch, a Bosch direct fuel injection, a dry-sump with one pressure and two scavenge pumps and a liquid-cooled pressurized cooling system. The engine produces a maximum thrust of 1,455 hp and drives a three-bladed VDM 9-12087 light-alloy constant-speed propeller.