The P-63 was designed to replace the aging P-39 Airacobra. It was an aircraft that didn’t have much success, but it’s still a very interesting plane to study. With its four Browing machine guns and one 37 mm M4 cannon, this is not your average World War II fighter. 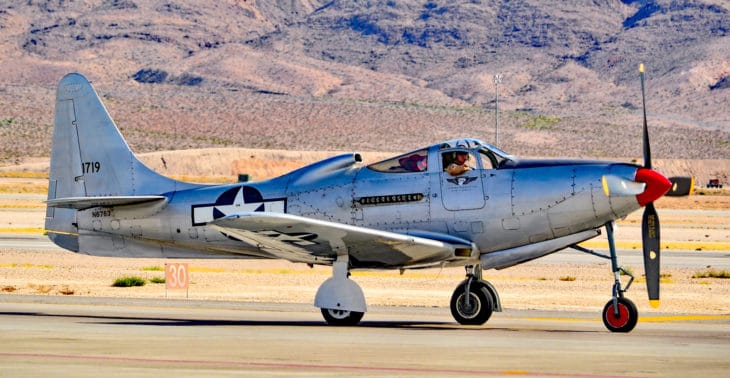 Before the development of P-63 Kingcobra, there were some other designs that were developed, and these include XP-39E, XP-63, and Swept-wing L-39. XP-39E was said to be faster compared to standard Airacobra since it can even reach an optimum speed of 621 km per hr. at 21680 feet during tests. But this model is also noted as inferior to stock P-39 Airacobra when it comes to all aspects. Because of this reason, there was no order for its massive production.

Another version or design that was developed during the time is the XP-63. The innovative design was provided designation as XP-63, and the serials are 41-19511 & 41-19512. Then, there’s a 3rd prototype which was ordered – the 42-78015When it comes to overall dimensions, P-63 Kingcobra is quite larger compared to Airacobra.

After a few years, Bell modified its design under the contract of the Navy.  For testing of flight with low-speed and stand attributes of the high-speed new wing design. Thus, the aircraft had new wings containing adjustable edge slats, edge flaps, plus a pronounced sweep around 35 degrees.

Variants of the Aircraft

P-63 Kingcobra of Bell Company has lots of variants, with numerous exceptional designs, features, and attributes. Some of the variants of this aircraft are the following:

There are lots of operators from different countries who operate this Bell P-63 Kingcobra. Some of them are the French Air Force (France), Air Forces of the US Army, Royal Aircraft Establishment (United Kingdom), Air Force of the Soviet Union, and the Air Force of Honduras.