The Bristol Brigand is a tough and strong aircraft utilized by the RAF in Malaya and served a very amazing job in the post-war campaign. 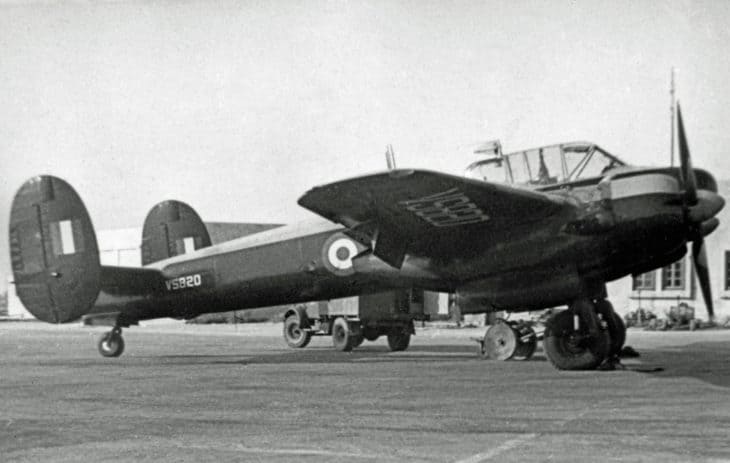 Originally, the Bristol Brigand was designed as a substitute for the Beaufort torpedo bomber. By late 1941, the Beaufort was no match for the German convoy defenses and the growing number of flak ships. The Air Ministry considers the other possibilities, considering the time it takes to create new aircraft.

In the end, the Bristol Brigand was customized to take a torpedo. That was the only way to prevent the gap until the new aircraft was built and put into production.

Did you know that a total of 147 Bristol Brigand were created? They were mainly utilized by the Royal Air Force in Malaya throughout the Malayan Emergency and Kenya until it was substituted by the de Havilland Hornet in Malaysia as well as the English Electric Canberra jet bomber somewhere else.

The design stage started in early 1942, and by the time the first aircraft came off the production line, World War II was finished. The aircraft was to have changed the Beaufighter torpedo bombers of the Coastal Command Strike Wings. However, those were cut back after the second world war to only two Squadrons.

The idea of a Coastal Command Strike Wing was abandoned with the advent of missiles, not to mention the Squadrons were disbanded as well. The fate of the Brigand hung in the balance with no need for a torpedo bomber, and the contract was cut back.

The Bristol Aeroplane Company designed the aircraft mainly for ground attack aircraft, but it was also used as a dive bomber. It was planned and created by Lesli J Frise against specification H.7/42 and was deemed as a faster model of the Bristol Beaufighter using the tail, wings, and undercarriage designs from the Bristol 163 Buckingham.

Even though it was a 3-crew aircraft, it was later on configured to bring a rocket and torpedo projectiles. It’s mostly deployed in strike role with bombs, a light bomber, rocket projectiles, and four forward-firing cannons.

The Bristol Brigand was powered by two Bristol Centaurus engines of 2,470 horsepower. It can carry three crew members: one pilot, a radio operator or gunner, and a navigator or bomb-aimer.

It’s worth mentioning that the armament is composed of a 4 X 20-millimeter Hispano V cannon, at least 16 X 3 inches R/P, and a bomb load of 2,000 pounds. The aircraft was considered enjoyable to fly by its pilots, along with decently balanced controls and enough power.

The Bristol Brigand B.1’s top speed was considered 358mph, along with a cruising speed of 292mph. It was not as fast as the other aircraft, but it had nearly the same range, even though its bomb load was 1,000 pounds less.

Further, there’s no aerial opposition to contend with throughout operations in the Middle East and Fast East. Thus, a high speed wasn’t a huge factor. It could transport a huge payload a long way, and that’s what is essential.