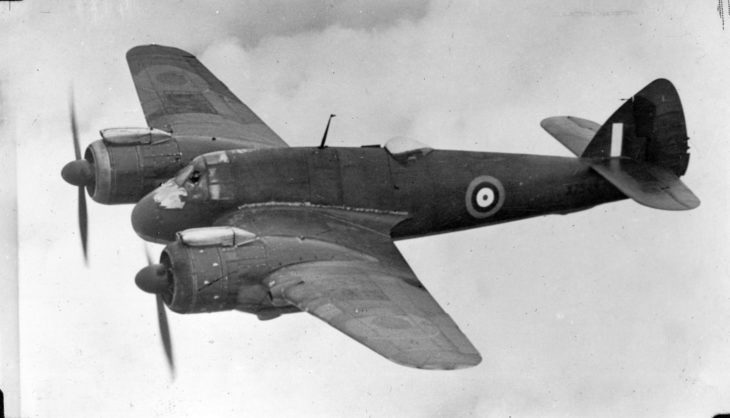 In case you didn’t know yet, the Beaufighter Mk X was utilized as a torpedo bomber in WWII and was considered by the Japanese soldiers as Whispering Death because of its capability to creep up on enemy targets. About six thousand Bristol Beaufighters were constructed. However, today, their surviving members are very slim, along with six remaining across the globe.

In early versions of the Bristol Beaufighter, the radar operator, apart from its regular duties, was in charge of the four 20-millimeter cannon with ammunition. Resupply could be challenging, particularly when an aircraft was maneuvering in pursuit of a target. Further, the ammunition drums weighed at least eighteen kilograms.

The Bristol Beaufighter was created as a long-range heavy fighter, along with different parts in common with the Bristol Beaufort torpedo bomber. By September 1945, a sum of 5,562 had been designed in a wide array of models and continued in front-line service into the 1950s.

Bristol Beaufighters was delivered in time for September 1940, even though most lacked their machine gun wing armament. However, the 4-cannon arrangement was enough to deal with any enemy bomber of the day and could function double-duty in the ground attack strafing role.

The twin-engine of this heavy fighter featured a crew of two. It was initially outfitted with a great armament array of 4 X 20 mm Hispano cannons seen under the nose as well as a 6 X 7.7 mm machine guns installed in the wings.

That armament was a strong installation than other fighters of the way. Further, the simplified fuselage carried the avionics, cockpit, and other mission-critical parts while being set between the radial piston engines.

By the end of the war, Bristol Beaufighter had seen action in the Far East, Mediterranean, and Europe. Different variations were made, and the aircraft obtained a decent reputation among those who flew it.