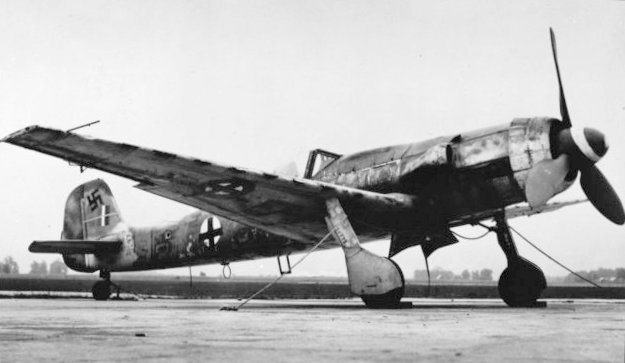 In 1944, the German Air Ministry came to a decision that new fighter aircraft designations should have the name of the chief designer, therefore giving the prefix “Ta” from Kurt Tank. In the same year, the Focke Wulf Ta 152 took to the air for the first time. In January 1945, the first high-altitude version known as Ta 152H entered service. The aircraft was retired in May 1945 and has a total number of 69 Ta 152s built.

The aircraft is powered by a single Junkers Jumo 213E or Junkers Jumo 213E-1 engine. It is a twelve-cylinder supercharged liquid-cooled inverted Vee piston engine with three valves per cylinder, a two-stage three-speed centrifugal-type supercharger with MW50 injection into the intake and an aftercooler, and a pressurized water cooling system. It produces a maximum takeoff thrust of 2,050 hp with MW-50 water/methanol injection and 1,260 hp at 35,100 feet with GM-1 Nitrous Oxide injection and drives a three-bladed Junkers VS-9 constant-speed propeller.