The Focke-Wulf Fw 189 ‘Uhu’ (‘Eagle Owl’) was built by the German manufacturing company Focke-Wulf as a twin-engine, twin-boom, and three-seat tactical reconnaissance and army cooperation aircraft. It performed its maiden flight in 1938 and entered operational service in 1940. The aircraft was produced from 1940 until 1944 with a total number of 864 Fw-189s built. Its primary users were the Luftwaffe, Hungarian Air Force, and Slovak Air Force. 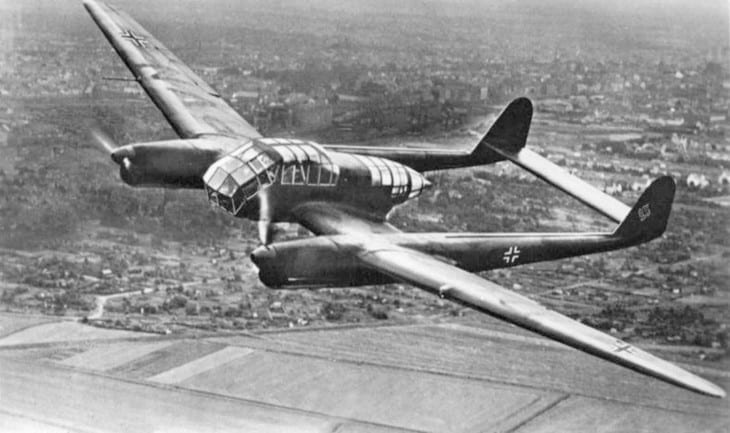 The aircraft is powered by a twin Argus As 410A-1 engine. It is a twelve-cylinder air-cooled inverted V engine with a single exhaust and inlet overhead valves driven by pushrods and rockers, a gear-driven supercharger, a carburetor fuel system, a pressure fed oil system, and an air cooling system. It produces a maximum takeoff thrust of 459 hp each and drives a two-bladed Argus variable-pitch propeller. The maximum speed is 186 knots at 8,202 feet, the cruise speed is 171 knots, and the landing speed is 65 knots. It has a travel range of 520 nautical miles. It can fly up to 23,000 feet and can climb at a rate of 1,018 feet per minute.