The Airbus A310-200 is the first version of the A310, a wide-body aircraft developed and manufactured by Airbus, that features greater range essential for trans-Atlantic routes. Powered by the Pratt and Whitney JT9D-7R4D1, this aircraft took its first flight on April 3 1982. 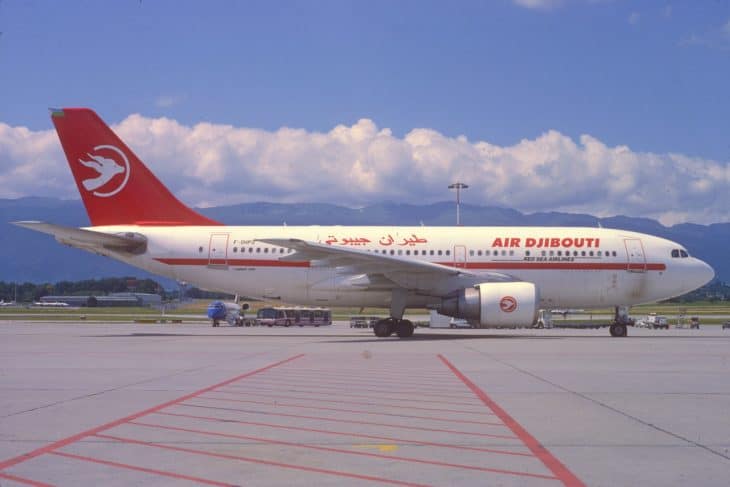 On April 3, 1982, the prototype A310-200 took to the skies for the first time. During that time, the aircraft had acquired merged orders and options for one hundred and eighty-one aircraft, which had been placed by fifteen different airlines around the globe, which had been a comparatively better start than the conventional A300.

The transcontinental A310-200 can travel within the range of 3,500 nautical miles while carrying up to two hundred passengers in flight. The aircraft was designed for airlines operating across Europe or over the Atlantic between two smaller cities. It is also equipped with a higher maximum takeoff weight of 144,000 kg and a center section fuel. The maximum landing weight is 124,000 kg, the maximum payload is 32,834 kg, and the maximum fuel capacity is 12,683 gallons. The A310-200 can fly up to 41,100 feet and can climb at a rate of 2,500 feet per minute. The takeoff and landing distances are 1,860 meters and 1,480 meters respectively.

The Airbus A310-200 is the first A310 and the 162nd Airbus aircraft off the production line. It is powered by the Pratt and Whitney JT9D-7R4D1 or the General Electric CF6-80 engines. The JT9D-7R4D1 is a high-bypass turbofan engine which produces a maximum takeoff thrust of 48,000 to 56,000 lbf. It featured a single-stage fan, a three-stage low-pressure compressor, and an eleven-stage high-pressure compressor coupled to a two-stage high-pressure turbine and four-stage low-pressure turbine. The CF6-80 is a high-power, high-bypass turbofan engine with a thrust range of 48,000 to 75,000 lbf. Even though the high-pressure compressor still has fourteen stages, the empty air passage at the compressor exit was removed to clean-up the design.

The A310-200 entered service with Lufthansa and Swissair a year after its maiden flight. Later versions of the aircraft also included wing fences similar to the -300, and the first three aircraft were originally designed with outboard ailerons. The A310-200C is a convertible version where the seats can be removed and cargo placed on the main deck. The A310-200F is the freight version; however, no production freighters of this version were produced.

Designed and Produced by Airbus, a European multinational aerospace corporation and the largest airliner manufacturer in the world, the A310 is a twin-aisle aircraft crafted by the company in goal of creating a smaller type than the A300.

On March 11 1983, the aircraft received its type certification.

In July 2007, production of the Airbus A310 came to an end. There were 255 aircraft recorded delivery.

The A310-200 has an external length of 46.66 meters, height of 15.9 meters and fuselage diameter of 5.64 meters. The aircraft has a wingspan of 43.9 meters with wing fences that avoids the entire wing from stalling by blocking the span-wise airflow on the wings. The first designs were equipped with outboard aileron to control movement on the longitudinal axis, however later on, these outboard ailerons were removed as they were found unessential.

At first, a pair of variants had been prepared by Airbus. The A310-100 designed for regional flights and the A310-200 designed for transcontinental flights. The -100 is designed with a range of 2,000 nautical miles and can accommodate 200 passengers while the -200 has a higher maximum take-off weight and center section fuselage, capable of carrying the same load a farther 1,000 nautical miles.

The A310-200 also features the utilization of Carbon Fiber Reinforced Plastic (CFRP) that is light-weight on spoilers, rudder, floor struts and panels, airbrakes, and main landing gear doors. These CFRPs have been used extensively in airframe structures because of the outstanding tensile strength and endurance strength they possess. This is specifically because of requirements for high-strength and light-weight materials to lessen consumption of fuel while keeping safety standards.

The A310-200 has a wide cabin with a length of 33.25 meters, height of 2.33 meters and width of 5.28 meters. This quiet cabin can accommodate 220 passengers in a two class configuration, and 237 passengers in a one class layout with eight abreast seating.

The flight deck and cabin of the aircraft are designed with air conditioning system powered from a ground unit, compressed air of the engine, or from the Auxiliary Power Unit (APU).

The General Electric CF6-80 is a high-bypass turbofan engine with 14 stages HP compressor. This engine was slightly redesigned by getting rid of the empty air passage at the compressor exit.