The Cessna 310 is a low-wing twin-engine monoplane that can accommodate up to six seats in-flight. It was the first aircraft of Cessna powered by twin engines that were put into production after the Second World War. 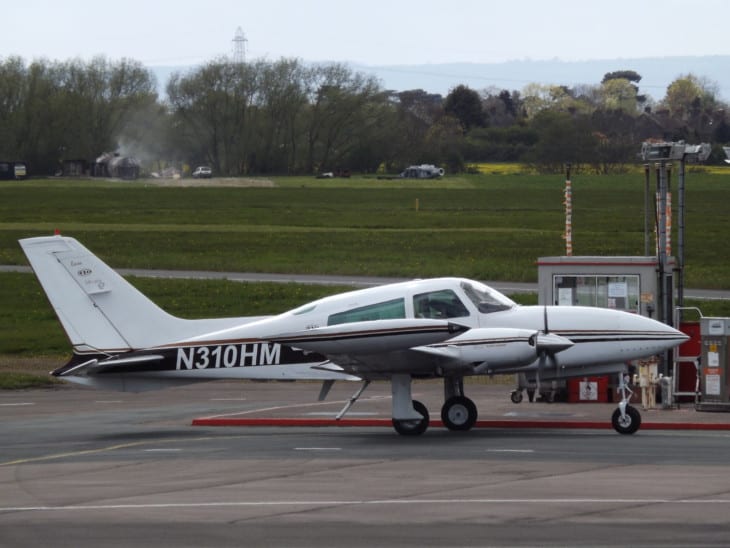 On January 3, 1953, the Cessna 310 conducted its maiden flight. In late 1954, deliveries of the aircraft started. Throughout the aircraft’s 28-year production span, it involved numerous improvements and innovations such as engine exhaust thrust augmenter tubes and the fuel storage in tip tanks in earlier versions. In 1964, it was found out that augmenter tubes cause too much noise, so it was opted to change the flow of the engine exhaust under the wing.

The Cessna 310 also developed from a pressure-carbureted engine to a high-power turbocharged engine. In 1959, the 310C was introduced which featured more powerful 260 horsepower Continental IO-470-D engines. In 1960, another version with swept-back vertical tail surfaces was introduced, designated as the 310D. In 1961, the 310F with an extra cabin window on each side was produced. A few more variants of the 310 were produced until 1980.

The Cessna 310 was used both in commercial and military operations. It was used as a charter aircraft for many air taxi businesses in general aviation after World War II. It boasted its speed, low operating cost, and aftermarket modifications like the Short Take-Off and Landing (STOL) kits that made the aircraft in demand throughout the globe for its bush flying capabilities. The aircraft could take-off and land on short runways, while simultaneously carrying a 2,000 pounds of useful load, at speeds that were above the capability of a typical twin-engine piston aircraft.