The Cessna 402 are series of six to ten seat, light twin, piston-engine aircraft. It was produced by Cessna from 1966 to 1985 under the name Businessliner. Together with the Cessna 401, these were unpressurized aircraft and neither boast their speed; however, both were designed economically to obtain and operate. 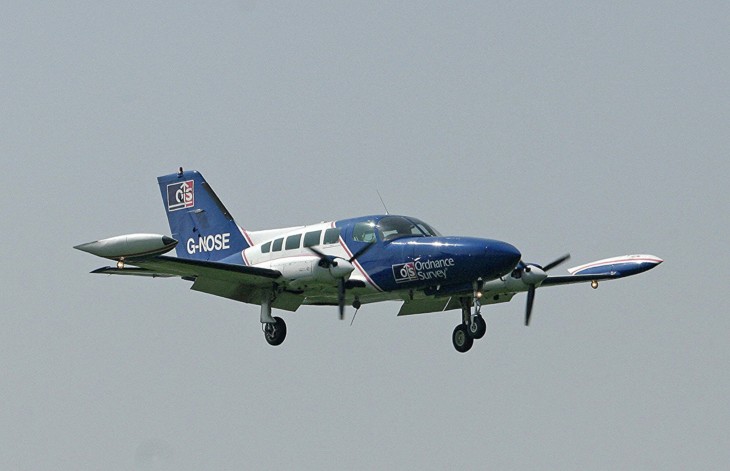 The Cessna 402 was developed to be a workhorse- of service to cargo and small commuter airlines. It was developed from the Cessna 411. It aimed to enhance the very bad single-engine handling of the Cessna 411 and to prevent using high-cost and prone to maintenance engines of the 411.

The aircraft is powered by two Continental engines with a rated thrust of 300 horsepower each, driven by a three-bladed, constant speed, fully feathering propeller. The later version has cruise power limited to 75% to lessen the noise in the cabin. Some versions offer a propeller synchrophaser to address the issue.

In 1967, the original Cessna 402 was launched to the public. In January 1969, the 402A was awarded the Federal Aviation Administration type certificate. It had baggage storage in a stretched nose and an optional entrance door for the crew. The 402B had some minor modifications including an increased cabin volume, five windows on each side, and optional larger fuel tanks.

It was certified on November 12, 1969. In 1979, the Cessna 402 was redesigned with a newly extended wing. The landing gear was changed, using the uncomplicated system from the Cessna 414 and the track was also increased by 1 meter. The aircraft’s engines were restrengthened and enhanced to 325 horsepower. Maximum gross weight was increased to 3,107 kg and fuel capacity was 206 US gal. The new version was designated as the 402C. It was certified on September 25, 1978.

It has a take-off distance of 669 meters and a landing distance of 757 meters. The aircraft has a maximum take-off and landing weight of 3,107 kg and 2,546 kg respectively.