The Cessna 425, known as the Corsair and later as the Conquest I, is an American pressurized turboprop twin-engine light utility monoplane. It was designed as a simple-to-fly and easy-to-transition turboprop aircraft of Cessna produced from 1980 to 1986. 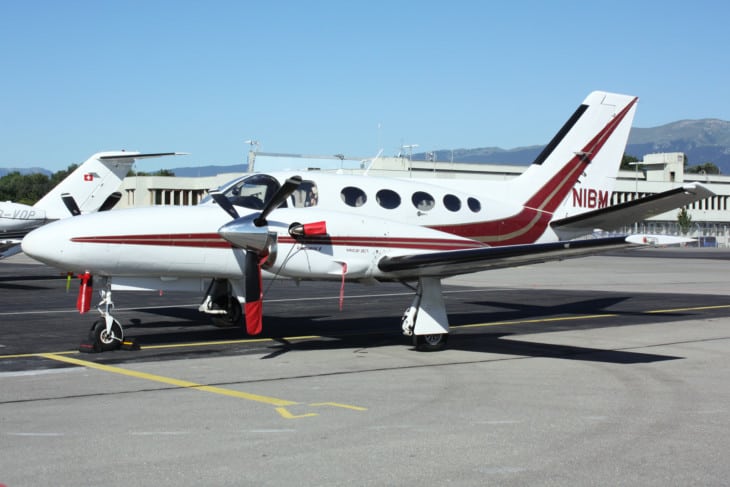 Blog posts that mention the Cessna 425 Conquest I:

In 1980, the Cessna 425 was introduced to compete with the Beechcraft King Air. It was a development of the Cessna 421, equipped with two 450-horsepower Pratt and Whitney PT6 engines. The aircraft was designed to be very easy to fly and was remarked by reviewers for its roomy cabin with large windows for better visibility and convenient seats.

In September 1978, the first prototype took its maiden flight, and by mid-1980, it was granted the Federal Aviation Administration certificate. Initially known as the Corsair, it was renamed into the Conquest I in 1983 due to customer requests for additional cabin space and an increase in maximum takeoff weight. The horizontal stabilizer employed a remarkable dihedral to minimize its prop wash exposure, and the retractable landing gear was strengthened to support the increase in landing weight and ramp weight.