The Reims-Cessna 406 Caravan II is an unpressurized turboprop twin utility aircraft designed and built by Reims Aviation, in cooperation with Cessna. The Caravan II is popular for its ability to handle shorter flights and rough fields. 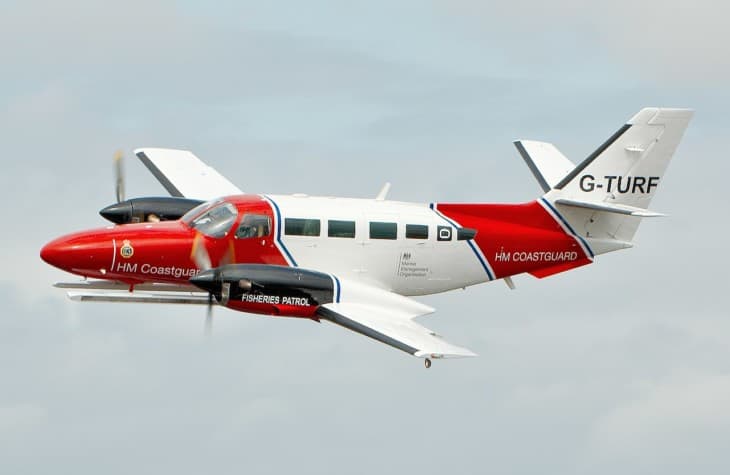 On September 22, 1983, the Caravan II conducted its first flight. The F406 is intended as a passenger and small cargo transport, and civilian and military surveillance. A cargo pod can be added to the belly of the aircraft for additional cargo capacity which can bear up to 320 kg of general freight or passenger bags.

The F406 Caravan II is a fourteen-seat, cantilever low-wing monoplane of conventional aluminum and steel construction. The aircraft is a development of the 404 Titan, powered by two Pratt and Whitney PT6A turboprop engines. It has retractable tricycle undercarriage designed for rough and unimproved airports, cruciform tail section, and has the same fuselage as the Titan. The wings and nose section were from the Conquest I with newly designed nacelles to hold the engines, while the empennage came from the Conquest II.

The Caravan II has a roomy cabin with extra legroom designed for passengers’ comfort. The cabin can accommodate up to 12 passengers. The executive variant of the aircraft can seat one or two pilots plus six to seven passengers. It has a cabin length of 5.71 meters, a width of 1.42 meters, and a height of 1.32 meters.

The aircraft is powered by two Pratt and Whitney PT61-112 turboprop engines with a rated thrust of 500 horsepower each. The engine has a 3-stage axial and 1-stage centrifugal flow compressors, annular reverse-flow with fourteen Simplex burner combustors, and a 1-stage gas generator power turbine and 1-stage free power turbine. It is also equipped with a three-bladed, reversible-pitch, fully-feathering McCauley propeller.