The Cessna 336 Skymaster is a twin-engine civil utility aircraft of Cessna. It was built in a push-pull configuration with engines mounted in the nose and rear section of its pod-style fuselage. With its centerline thrust and twin booms, the Skymaster pledged to be easier and safer to fly. 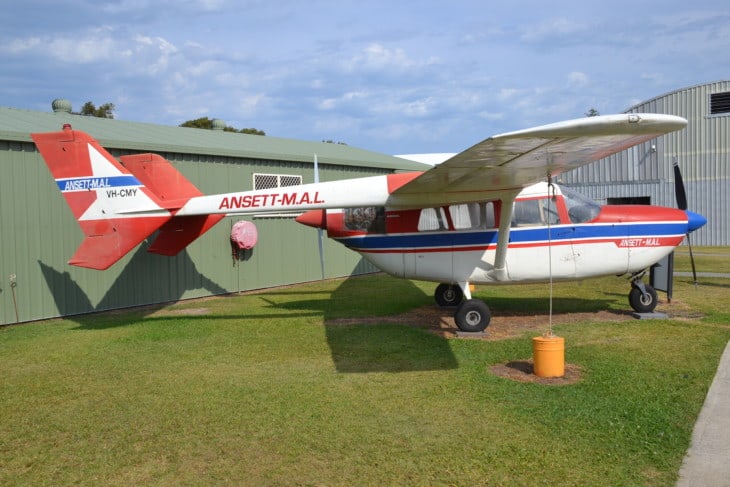 On February 28, 1961, the first Skymaster, Model 336 fitted with fixed landing gear conducted its first flight. In May 1963, the production of the aircraft started. The model designation 336 was a novel idea in that one engine was mounted in front and other in the rear. This concept was an attempt by Cessna to get rid of the asymmetric thrust issues that many conventional twins put up with in the course of an engine failure. The new development was so distinctive that finally made the Federal Aviation Administration a new multi-engine rating for “centerline” thrust aircraft, a concept that the Cessna Skymaster initiated.

The Cessna 336 Skymaster is an American twin-engine aircraft developed for personal use or as an air taxi. It was constructed in a push-pull configuration, incorporating a combination of forward-mounted tractor propellers and backward-mounted propellers. This configuration has the ability to mount two propellers on the centerline of the aircraft that would avoid the increased drag that comes with twin engines mounted on the wings. It is also simpler and uncomplicated to fly even when one of the engines suffered failure, as the thrust produced by the surviving engine stays in the centerline. In comparison, a conventional twin-engine aircraft will yaw towards the failed engine and will be difficult to control below a certain airspeed.

The 336 Skymaster is powered by two Continental IO-360-A piston engines mounted in the nose and rear of its pod-style fuselage. Each engine produces a thrust rating of 195 to 210 horsepower. The engine is a 6-cylinder, fuel-injected, horizontally-opposed, direct-drive, air-cooled type with a minimum fuel grade 100LL avgas and 8:5:1 compression ratio. It uses a TCM 639230A3 fuel injector and the crankshaft has two 6th order dampers.

The Cessna 337 Super Skymaster is developed from the 336 and includes retractable landing gear and more powerful engines.