The Cessna 188 AGwagon is a series of light agricultural aircraft of Cessna produced from 1966 to 1983. The successful 188 AGwagon were Cessna’s only purpose-designed ag planes. 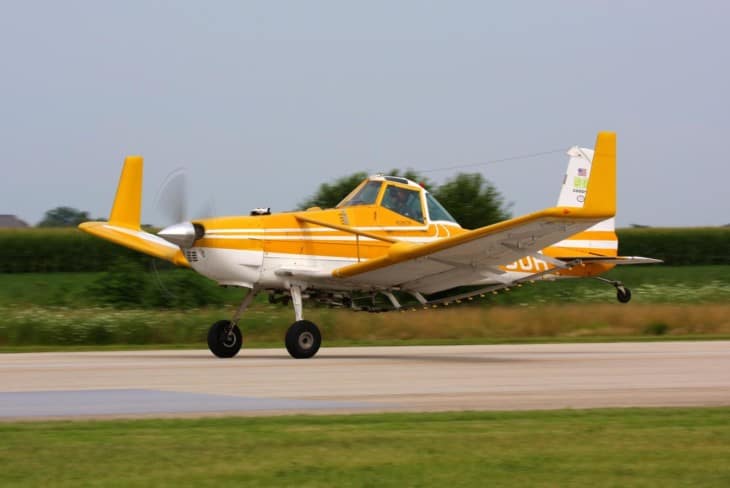 On February 19, 1965, the Cessna 188 took to the skies for the first time. In February 1966, the aircraft received its certification and entered into production with a record of 241 aircraft delivered in the first year.

The Cessna 188 is identical with the Cessna 180, the original variant was fitted with the same tail cone and fin structure, along with the same Continental O-470-R engine rated at 230 horsepower. The airframe is primarily constructed from 2024-T3 aluminum, with the chemical hopper built from fiberglass. It has an external length of 8 meters and a height of 2.49 meters. The fuselage has a 0.9-meter diameter and is of semi-monocoque construction.

It is lightly pressurized on succeeding models to lessen the induction of chemicals into the airframe. The original design of the aircraft was successful that over its seventeen years in the production run, the standard airframe remained unmodified. Only the engines and the agricultural products dispensing systems were improved, other than several small changes to the ventilation systems.

The Cessna 188 has a maximum cruise speed of 105 knots and a travel range of 256 nautical miles. It has a service ceiling of 11,000 feet (although it’s more adept flying low dusting crops) and a rate of climb of 690 feet per minute. The takeoff distance is 386 meters and the landing distance is 330 meters. It has a maximum takeoff weight of 1497 kg, a maximum landing weight of 920 kg, a maximum payload of 576 kg, and a fuel capacity of 56 gallons.

The primary use for the Cessna 188 family was for agricultural operations, but numerous types were later obtained for use as a glider and sailplane. There were 3,976 Cessna 188s built among its four versions during its production run- fifty-three were AGpickups, 1,589 were AGwagons, 1,949 were AGtrucks, and 385 were AGhuskies.