The 185 Skywagon is a light utility tail dragger produced by Cessna capable of accommodating six occupants in flight. The aircraft’s matter-of-fact balanced performance can fly up to 720 nautical miles with a cruising speed of 145 knots. It has a very straightforward design that only needs little unscheduled maintenance. 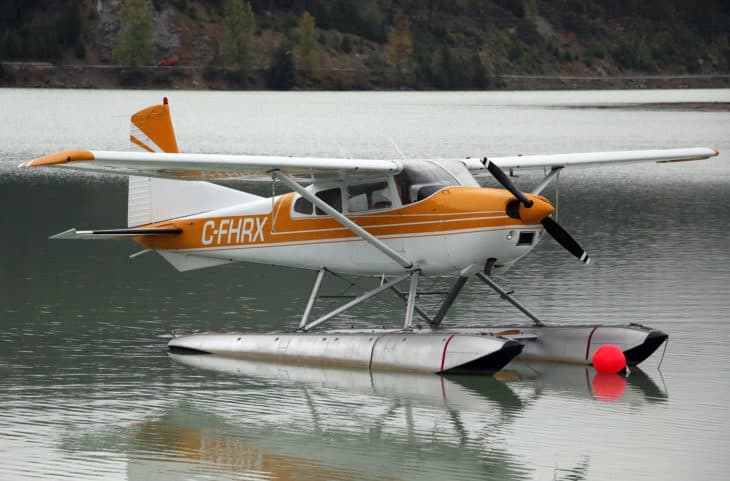 The 185 Skywagon is an evolutionary successor of the well known Cessna 180. In July 1960, this light utility aircraft took its maiden flight. In March 1961, the first production type was completed.

The aircraft has a strengthened fuselage with an external length of 7.85 meters, height of 2.36 meters and fuselage diameter of 1.15 meters. It has a high-wing design with a wingspan of 10.92 meters and a wing area of 16.2 square meters.

Compared to its predecessor Cessna 180, the Skywagon has a larger vertical fin and fitted with a new Continental IO-520-D engine. The later version of the 185 Skywagon features a factory fitted avionics system.

The cabin of the aircraft has a length of 3.09 meters, width of 1.02 meters and height of 1.19 meters. The right cabin door is fitted with detachable hinge pins and a removable door stop that allows easy removal of door when bulky or sizable cargo needs to be loaded. The aircraft can carry up to six occupants on board.

The Cessna 185 Skywagon is fitted with a tail wheel type landing gear with two main wheels positioned forward and a third small skid or wheel positioned at the tail. It has a wheelbase of 6.28 meters. The small tires of this conventional type gears decrease the induced drag of the aircraft for the same power setting.

The aircraft is commonly used in bush flying where it operates in rough terrain where there are no arranged landing strip or runways on numerous occasions. The 185 Skywagon can also be designed as a floatplane or amphibian.

The Continental IO-520-D powers the 185 Skywagon. This piston engine is supplied by Teledyne Continental Motors, an aircraft engine manufacturer in the United States. The Continental fuel injection engine has a maximum thrust of 300 horsepower. Its two bladed constant speed propeller has a diameter of 2.08 meters.

The Skywagon has a standard fuel tank capacity of 65 gal. Fuel is being supplied to the engine coming from two tanks, one in each wing. The fuel system is composed of a fuel tank accumulator, shutoff valve, strainer, bypass, and engine driven fuel pump that enable the fuel from each wing to flow by gravity.

On August 26 1984, a Cessna A185F from Lake Delton crashed after take off during a sightseeing flight. Among six occupants, four were killed on the accident.

On August 19 1989, a Cessna A185E crashed when the pilot unintentionally stalled the aircraft while on a balked landing. There were three occupants on board, all of them were extremely injured.