The C-165 is one of the variants of the Cessna Airmaster, a series of single-engine aircraft designed and produced by the Cessna Aircraft Company. The aircraft made a significant contribution to the rebirth of Cessna in the 1930s following the crash of the aviation industry during the Great Depression. 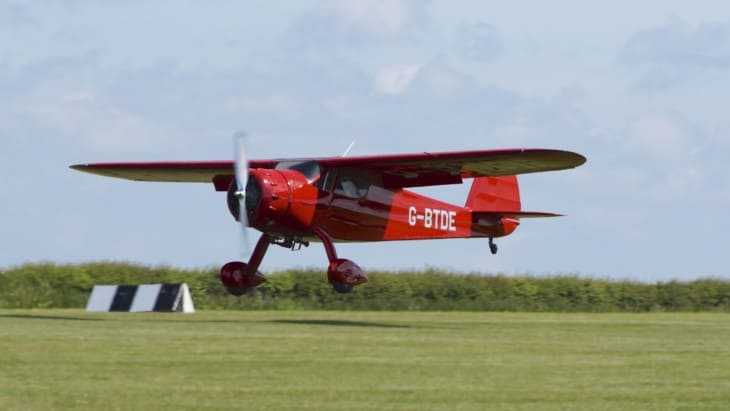 The Cessna Airmaster is the aircraft that redeemed the Cessna Aircraft Company from a severe worldwide economic depression in the 1930s. In the mid-1930s, approaching the end of the Great Depression, Cessna started to gradually strengthen. Clyde Cessna’s nephew, Dwayne Wallace, a newly graduate aeronautical engineer decided to lend a helping hand to his uncle and cousin, Eldon Cessna, in building more modern airplanes for the company. In June 1935, the first Airmaster designated as the C-34, designed by Wallace conducted its maiden flight.

The original Airmaster, the C-34 acquired some design characteristics from the earlier Cessna aircraft, with a high-mounted full-cantilever wing structure, and a narrow band of cabin windows. Wing construction and tail surfaces were out of wood, and the fuselage was made of steel tubing with wooden stringers and formers. The Cessna Airmaster had evolved into different versions from the C-34, to the C-37 and C-38. Improvements included a wider fuselage, improved landing gear, and rubber engine mounts. The last revisions of the C-34 were the C-145 and the C-165, wherein eighty were built. The belly flaps on the original C-38 were removed on these versions and the overall length of the fuselage was extended. The C-145 and the C-165 only differed in the engine horsepower.

The Cessna 165 Airmaster is powered by a 165-horsepower Warner Super Scarab radial piston engine. It is a seven-cylinder, air-cooled piston engine with one inlet and one exhaust valve per cylinder, Stromberg NA-5SA carburetor or Holley equivalent fuel system, and a dry-sump oil system. It has an increased compression ratio from 5:2:1 to 6:4:1 to develop the desired power at 2,100 rpm with a dry weight of 137 kg.

The Cessna Airmaster sold fairly well for a period of time and won several aerial competitions and trophy races. Aside from their record for efficiency and speed, the aircraft were also used for aerial photography because of their stability in flight.