The Cessna 170 is a light, single-engined, general aviation aircraft designed and produced by the Cessna Aircraft Company from 1948 to 1956. It is an economical and versatile aircraft with a maximum speed of 120 knots and an endurance of over four and a half hours. 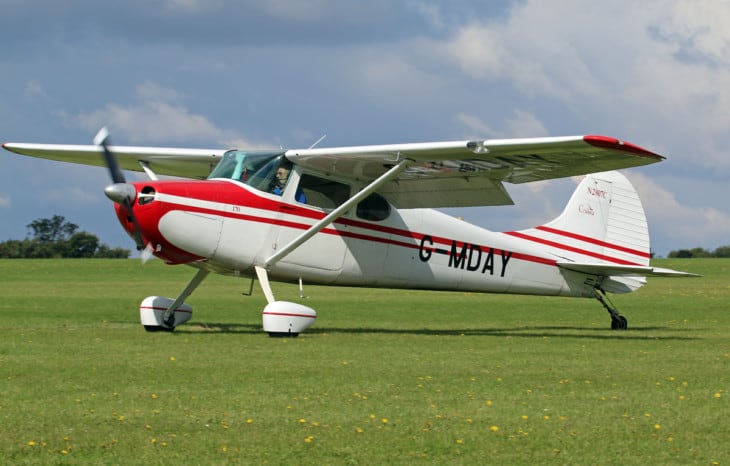 The Cessna 170 was invented as a growth variant of the single-engine two-seat Cessna 120/140 light utility aircraft. Similar to its predecessor, the original 170s were designed with fabric-covered, constant-chord wings with rounded tips and V-type wing struts. The earlier Cessna 170s were also outfitted with three of the 12.5-gallon fuel tanks initially used on the Cessna 140. In June 1948, the 170 received its certification as a Normal category aircraft, with almost 1,000 kg of gross weight. After a month, the aircraft was awarded the Utility category certification with a gross weight of 861 kg. A total of 714 Cessna 170s were built before launching the Cessna 170A in 1948.

In 1949, the manufacturing company started promoting the Cessna 170A. The 170A was fitted with a tapered all-metal wing with squared-off tips and a single wing strut replacing the V strut of the previous 170. It had two 21-gallon tanks. The 170A and succeeding versions of the 170 had the dorsal fin or rudder shape of the larger Cessna 190 and 195 to increase directional stability. The 170As were produced in a span of three years with a total of 1,552 built.

In 1952, the last development of the Cessna 170 was introduced. The 170B was the most popular version of the 170 which featured several changes to improve handling. It was designed with a new wing tapered outboard of the flaps with dihedral identical to the military variant. The 170B was fitted with very efficient modified Fowler flaps which could extend up to 40°. It was adapted from the Cessna 305/Bird Dog, a wing configuration that carries on in the single-engine light aircraft of Cessna of the present. The 170B had a 3° dihedral compared with the previous 170 and 170A wings which had practically no dihedral. The 170B also featured a new tailplane, a reconfigured tailwheel bracket, and other modifications in comparison with the 170 and 170A. It was sold for $7,245 in 1952.