The Cessna 152 is a two-seat, fixed-tricycle-gear, general aviation aircraft introduced by Cessna in 1977. Based on the Cessna 150, the 152 is used mainly for flight training and personal use which incorporated several minor modifications in design and a bit more powerful engine with a longer time between overhaul. 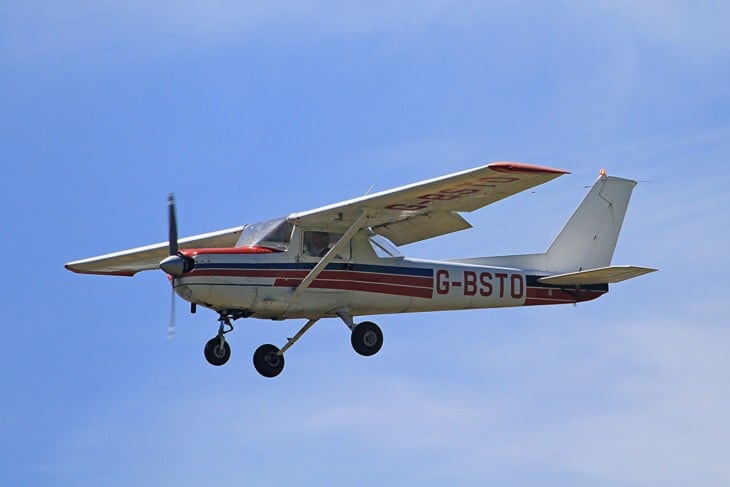 Blog posts that mention the Cessna 152:

Initially delivered in 1977 as the 1978 model year, the two-seat Cessna 152 was an upgraded version of the Cessna 150 and was intended to rival against the Beechcraft Skipper and Piper Tomahawk. The majority of the 150s were produced in Wichita, Kansas factory, while some were built by Reims Aviation in France designated as F152/FA152. In 1985, production was ceased when the manufacturing company stopped production of all their light aircraft. A total of 7,584 were built around the world, including A152 and FA152 Aerobat aerobatic versions.

The Cessna 152 is a tried-and-tested trainer. It is a strong, stable, and durable aircraft powered by a single Lycoming O-235 engine. The engine produced an increased engine power and was also more suitable with the newer 100LL low-lead fuel. Aircraft built from 1977 to 1982 were fitted with O02350L2C engines with 110 horsepower before it was succeeded by a 108 horsepower O-235-N2C engine in 1983. The O-235-N2C version was used until 1985 when aircraft production had ended.

The airframe is primarily built of metal construction, mainly of 2024-T3 aluminum alloy with riveted skin. The fuselage is a semi-monocoque with vertical bulkheads and frames, tapered wings are of a strut-braced design, and the wingtips and fairings are made from glass-reinforced plastic. The aircraft has an external length of 7.34 meters, a tail height of 2.59 meters, and a fuselage diameter of 1.1 meters. It is also designed with fixed tricycle undercarriage. The main gear has a 2.31 wheelbase and has tubular steel legs neighbored by a full-length fairing with a step for cabin access.

The Cessna 152 has a maximum cruise speed of 109 knots and a travel range of 415 nautical miles. It has a service ceiling of 14,700 feet and a climb rate of 715 feet per minute. The takeoff distance is 408 meters while the landing distance is 365 meters.