The Cessna 150 is a two-seat tricycle type multipurpose civil aircraft that was built for flight training, touring and personal use. It is the fifth most produced civilian aircraft to date, with a record of 23,839 aircraft produced. 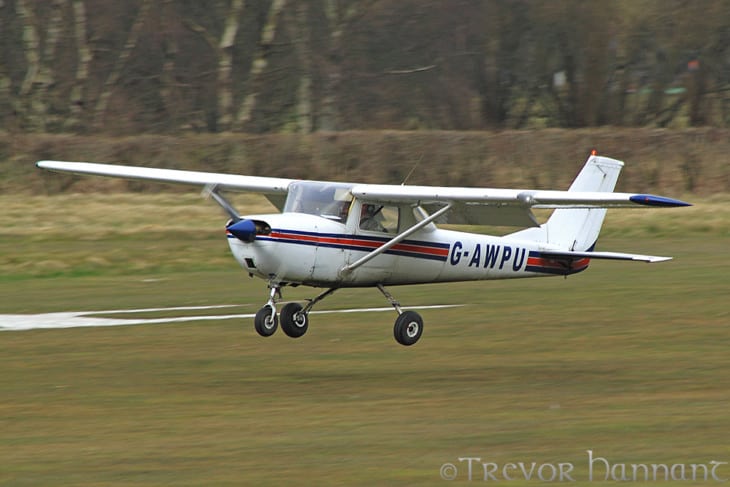 In the mid-1950s, the development of the Model 150 started out of the intention to produce a descendant to the famous Cessna 140 light utility aircraft. The primary alterations in the design included the use of tricycle undercarriage, more modernized wingtips and horizontal and vertical stabilizers, and larger Fowler flaps. The aircraft is available in four different variants: Standard, Trainer, Commuter, and Patroller. Standard and Trainer type differed in the cockpit, the Commuter had wheel fairings, while the Patroller was meant for utility operations such as pipeline inspections.

On September 12, 1957, the Cessna 150 conducted its maiden flight. After a year, in September 1958, production began at Wichita, Kansas facility. 1,764 Cessna 150s were produced by Reims Aviation under license in France, labeled as Reims F-150. There were 22,138 aircraft built in total in the United States- 21,404 Commuters and 734 Aerobats. Reims Aviation built 1,764 F-150s including 1,428 Commuters and 336 Aerobats. Argentina also produced the aircraft under Reims including 38 Commuters and 9 Aerobats.

The initial model year of the Cessna 150 did not have the “suffix letter”. It was designated as the 150 or the upgraded Commuter. It is powered by a Continental O-200-A engine with a maximum thrust rate of 100 horsepower. It has a maximum cruise speed of 109 knots and a travel range of 420 nautical miles. It can fly up to 14,000 feet and can climb at a rate of 670 feet per minute. The aircraft has a maximum takeoff and landing weight of 726 kg and 635 kg, respectively. It has a maximum payload of 217 kg and a fuel capacity of 26 gallons.

The 1960 version presented a 35-ampere generator on the Commuter. The Patroller type was also introduced in the same year. The type was a standard Cessna 150 with acrylic glass windows on lower doors.