The Cessna 195 Business liner is a series of light single radial engine powered, tailwheel general aviation aircraft produced from 1947 to 1954 by Cessna. The 195 was also in service with the United States Air Force, United States Army, and Army National Guard as a light transport and utility aircraft with the designations LC-126/U-20. 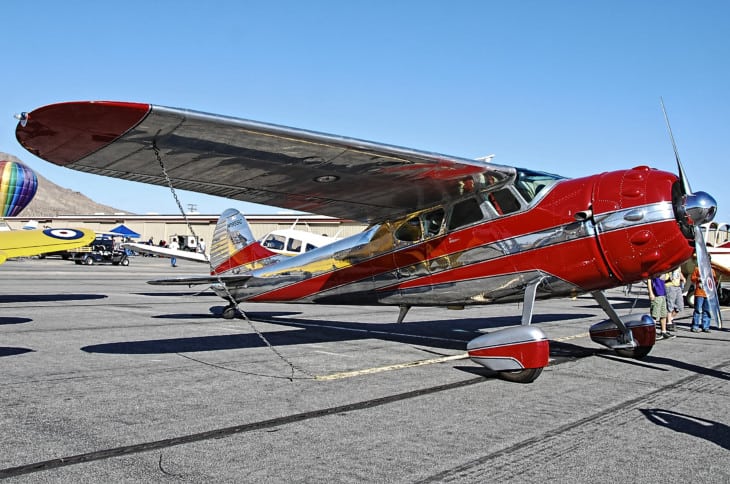 The Cessna 195, together with the Cessna 190, was the only postwar radial-engine aircraft built by Cessna. In 1945, the first prototype conducted its maiden flight after the Second World War. In 1947, it entered into production. It was named the Businessliner because the 195 was marketed primarily as a business aircraft due to its high value and high operating cost.

On June 12, 1954, the Cessna 195 received its first type certificate. It was the first Cessna aircraft to be entirely built of aluminum and was designed with a cantilever wing. It was based on the pre-war Cessna 165 aircraft. It has a wingspan of 11.02 meters. The aircraft’s fuselage is larger compared with other Cessna aircraft because the 42-inches diameter radial engine had to be located in the nose.

The aircraft was also configured with two rows of seats, two seats in the front row, and up to three passenger seats at the back. The external length of the aircraft is 8.33 meters, the height is 2.18 meters, and the fuselage diameter is 1.3 meters. It has flat sprung-steel landing gear legs and has a wheelbase of 6.3 meters. Some aircraft were fitted with a retractable step that stretches upon the opening of the cabin door.

The aircraft is powered by a Jacobs R-755 radial engine with a maximum thrust rate of 300 horsepower. The seven-cylinder air-cooled engine is known for its oil consumption. The 195 has a 5-gallon oil tank, with a 2-gallon minimum for flight.