The Cessna Denali was formerly known as the Single Engine Turboprop (SETP) of Textron Aviation. In 2015, it was introduced at EAA AirVenture Oshkosh in Wisconsin, United States with an entirely new look and did not resemble any current aircraft. It was designed to compete with the current Pilatus PC-12, Daher-Socata TBM, and the newer Kestrel K-350 and CAIGA Primus 150. 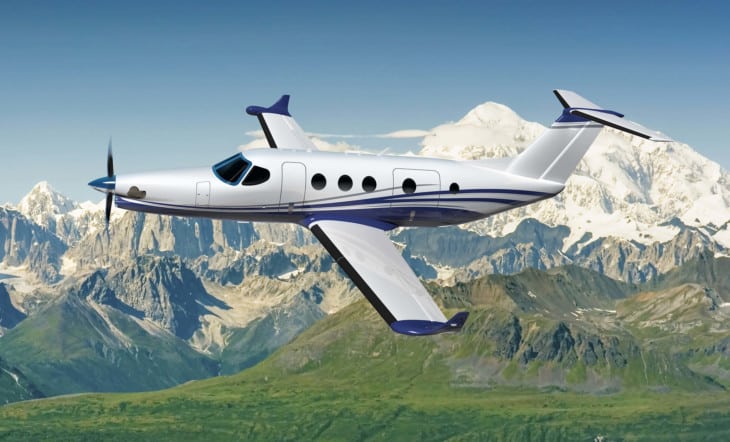 In November 2015, an announcement from GE aviation was made that the General Electric Advanced Turboprop (ATP) was the chosen engine for the Cessna Denali. On May 23, 2016, the single-engine turboprop performance as the cabin details were given out by Textron Aviation. In 2016, the manufacturing company unveiled the Cessna Denali during the Experimental Aircraft Association (EAA) AirVenture in Oshkosh, Wisconsin. In May 2017, the company announced it had begun developing static and fatigue test articles, as well as the aft cargo door. The maiden flight was scheduled in 2018, however, Textron delayed the maiden flight of the aircraft to an unspecified time due to ongoing catalyst engine testing.

The Cessna Denali can carry one to two crew members in flight and seven to nine passengers or 499 kg of full fuel payload. It has an external length of 14.86 meters, an external height of 3.3 meters, and a fuselage diameter of 1.8 meters. The tail height is 4.62 meters and the wheelbase is 4.6 meters. It has a wingspan of 16.54 meters. The cabin height is 1.47 meters, the cabin width is 1.60 meters, and the cabin length is 5.11 meters.

A single General Electric Catalyst turboprop engine powers the aircraft. It has a four axial-stage and a single centrifugal stage compressor, reverse flow single-annular combustors, and a two-stage HP and three-stage LP turbine. The engine is rated at 1,240 hp thrust and drives a five-bladed McCauley fully-feathering and reversible propeller. The aircraft has a maximum cruise speed of 285 knots. It has a travel range of 1,600 nautical miles with a single pilot and four passengers on a high-speed cruise. It can fly up to 31,000 feet and has a takeoff distance of 899 meters. The aircraft is also fitted with a Garmin G3000 avionics with an integrated touchscreen system and can operate a synthetic vision system.