The Cessna 210 Centurion is a six-seat, high-performance, retractable-gear, single-engine high-wing general aviation aircraft produced from 1957 to 1986. The aircraft was a remarkably high-performing load-hauler with its ability to carry serious loads at reasonable speeds and for its ability to fly almost five hours with its 90 gallons of fuel. 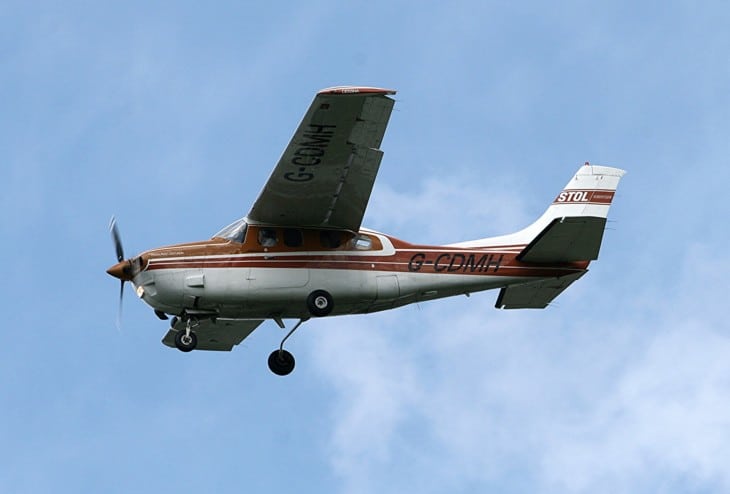 In late 1959, the Cessna 210 was introduced to the aviation market. The aircraft was developed into 26 model variants. The earlier versions, Cessna 210 and 210A had four seats and powered by a Continental IO-470 engine with a rated thrust of 260 horsepower. In 1961, the fuselage and wing were entirely restructured; the fuselage became wider and deeper, and there was an added third window on the side. The semi-Fowler flaps were stretched outboard which gave way for a lower landing speed.

In 1964, the 210D was introduced. This version is powered by a Continental IO-520-A engine with a rated thrust of 285 horsepower. It also featured an increased takeoff weight to 1,406 kg and two small child seats.

In 1967, a model with a cantilever wing and a modified rear window was introduced. The takeoff weight was increased to 1,542 kg. It was designated as the 210G.

In 1970, the first full six-seat variant was developed. Designated as the 210K- it is powered by an IO-520-L engine with 300 horsepower limited to five minutes. It also features new landing gears, a bigger cabin, and an increased weight to 1,724 kg.

In 1972, the 210L version was developed. It featured nose-mounted landing lights and a 24V electrical system.

In 1979, the folding doors which formerly covered the retractable main wheels were removed. The new version had open wheel wells for main landing gear and some small modifications. It was designated as the 210N.

The model 210 was a conventional aspirated version. A turbocharged T210 and a pressurized P210 were also offered. In 1970, the Centurion II was introduced. It is equipped with improved avionics and also offered normally aspirated and turbocharged type or Turbo Centurion II. The fewest and most costly versions were the T210R and P210R.