The Airbus A320 series of planes are the best-selling passenger jets made by the Airbus company. 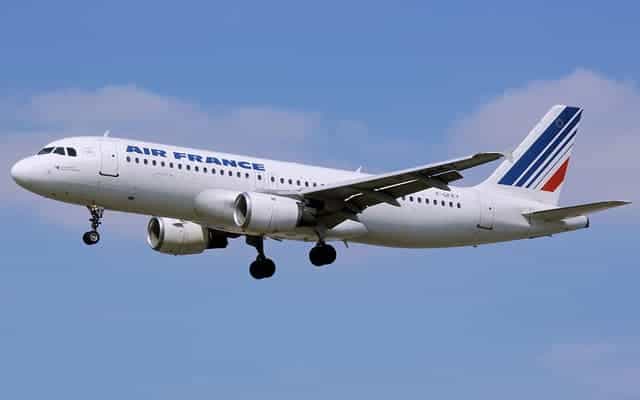 The A320 was manufactured starting in 1988 in France and it has a travel range of 3078 nautical miles or 5700 kilometers. It has a sleek, modern design that makes it both functional and attractive.

In the A320 series of aircraft, the use of digital fly-by-wire flight control systems was introduced and commercial aircraft utilize the side-stick controls in the flight deck.

The A320 series includes several different designs such as the A320 Neo (new engine option), the A320-100, and the A320-200. Only 21 of the 100s were ever developed. The 200 version includes advances such as wingtip fences and increased fuel capacity, among others.

Through its various developments, the Airbus A320 series has continued to improve. The latest versions have increased range and even include double-bogie main landing gear that is perfect when landing in airfields that have poor runway conditions.

The Airbus A320 planes are single-aisle, narrow-body planes that are powered by two turbofan engines. The A320 has had numerous design changes and upgrades to make it more fuel-efficient, which it has accomplished.

Some of its design features include center-of-gravity control, two-crew flight deck, and composite primary structures. It has a wing that is thin and long, providing better aerodynamic design and giving it better efficiency and a better aspect ratio than many of its competitors.

The A320 is designed with 150 passenger seats. Its fuel-burning capability is much more efficient than similar planes made by other companies. It is designed with an airframe that is made from aluminum alloys and composite materials, which saves weight and lowers the maintenance costs.

Instead of hybrid versions found in the past, the A320 has a full glass cockpit and is equipped with side-stick controllers and electronic flight instrument systems, or EFISs, as well as an electronic centralized aircraft monitor, or ECAM, that provides the crew with all of the details they need regarding all of the systems’ data and information. Only the brake pressure monitor and the radio-magnetic indicator use analog instruments.

Older versions of the A320 aircraft can choose to get an avionic upgrade and digital head-up displays. The A320’s flight control system is also the world’s first fly-by-wire (FBW) system, which is now common among aircraft even though it was originally unheard of for pilots. To make things even more advanced, the current flight deck has touchscreen displays available when users wish to control the cabin behind them.

A new cabin was introduced by the A320 in 2007 and it is now much quieter with a more modern look and better storage capability. The cabin also includes a new galley that provides less weight, more space, and better ergonomics as well as a better design for food hygiene and recycling.

New air-purification systems are also part of the advanced cabin and a catalytic converter removes unpleasant smells before they reach the cabin, allowing for a fresher smell all the way around.

In the A320 cabin, there is more shoulder room, a new in-flight entertainment system and intercom, and much better noise reduction. The enhanced cabin is also able to be retrofitted.

As of 2010, the A320 uses either two Pratt and Whitney PW1000G engines or CFM International LEAP 1-A engines. These engines are the main reasons why the aircraft is 15% more fuel-efficient than it was in the past.

Thanks to its many upgrades and advancements, the Airbus A320 aircraft offers top-notch performance and advantages such as better efficiency, a more comfortable ride, and more overhead stowage capacity, among others.