Previously called the Bombardier CS100, the Airbus A220-100 jetliner is a long-range passenger aircraft that can seat from 100 to 125 passengers depending on the seating configuration. 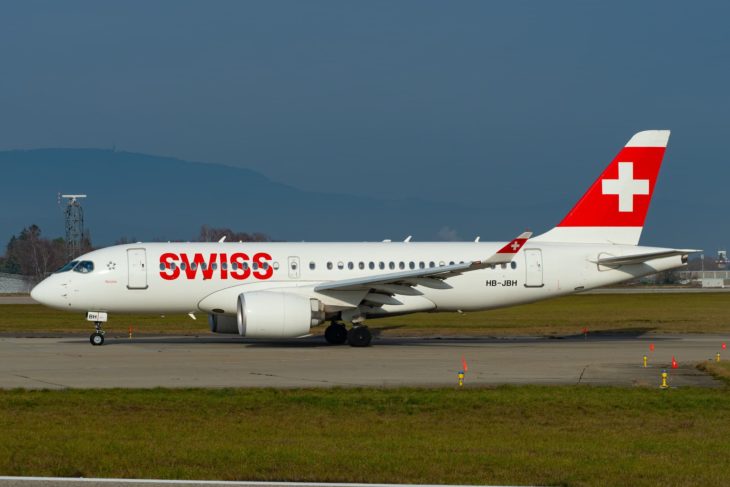 Bombardier had two major aircraft: the CS100 jetliner, which seated 100 to 125 passengers, and the CS300, which seated 130 to 145 passengers. The first flight of the Airbus took place in September 2013 at the Montreal-Mirabel Airport in Quebec.

In late 2015, Transport Canada provided a type certificate to the Airbus; in June of 2016, the aircraft received type validation by both EASA and the FAA. The very first aircraft was delivered in July of 2016. It got its name from the 50.1% stake of the company Airbus in the Bombardier C Series, which took place in mid-2018.

In March of 2009, a firm purchase agreement was signed by Deutsche Lufthansa for 30 of Bombardier’s A220-100 aircraft for its subsidiary, known as Swiss International. Swiss converted ten of the aircraft to A220-300 aircraft in mid-2015 and the sixth aircraft was received in March of 2017. In June 2011, a firm order was placed by Braathens Aviation for five of the A220-100s and an unidentified customer in Europe placed a firm order worth $628 million for ten of the A220-100 aircraft at the same time.

You can add an optional electronic flight back to the flight deck as well as a single or dual head-up display (HUD) and Cat 111b Autoland capability. The plane has line-replaceable modules that are found in two separate cabinets to optimize weight and make maintenance a little easier.

Seating includes enough width to make sure that every passenger is comfortable and there are extra-large windows for passenger convenience. The overhead bin size is quite large and the aisle is also wider for passenger comfort. There are various options regarding seating options, ranging from 110 for the single-class seating to 125 for the high-density seating. The options can be changed to suit the airlines’ different requirements.

The Airbus A220-100 is powered by two engines made by Pratt and Whitney, named the PurePower PW1500G. Monitoring the engine is an engine health display system. The engine costs less to operate and even burns less fuel than other engine types. The engine also has a fan-drive gear system and advanced combustion technology to make high performance much easier to attain.