Designed to serve both small island, as well as huge megacities, the A330-300 is a powerful plane that relies on twin engines and a wide body to deliver between 250 and 440 passengers safely to their destination. Additionally, the plane boasts an incredibly quiet cabin, making it a comfortable choice. 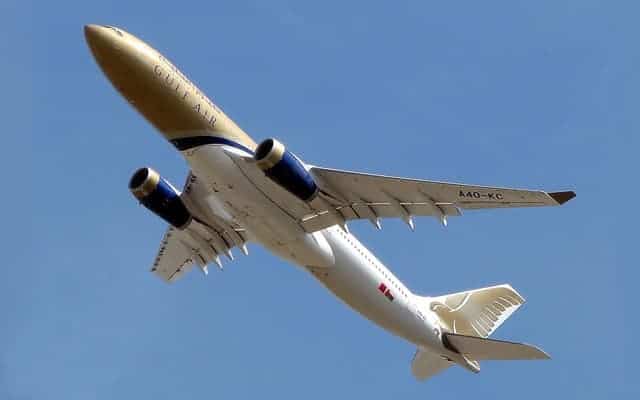 The A330-300 is a large capacity, medium- to long-range aircraft, and the largest of the twinjet family. It’s related to other A330 and A340 aircraft, but only has two powerful engines.

The origins of this powerful plane date back to the middle 1970s as one of the main derivatives of the A300. Developed at the same time as the A340, the A330-300 shares many components, making maintenance, flying, and repair incredibly easy.

About 150 million euros are invested in the A330 program each year to ensure that these jetliners are always improving. Improved features, such as weight reductions, better cabin features, and systems improvements set the A330-300 apart.

First entering service in 1994, the A330-300 has undergone many variants since then, each with their own set of strengths. As early as 2010 a new variant was offered. The increased weight and range made the new version of the -300 a powerful option.

This aircraft was designed to be a stretched version of the A300 and features a fly-by-wire system, stabilizers, and new wings, as well as a stretched fuselage. With a larger gross weight and improved range extension, this aircraft is incredibly roomy and offers great mileage.

The standard A330-300 has the same length as the A340-300, but there are stretched and shortened versions of this aircraft.

Other variants include the A330-300HGW, which has a higher gross weight with a higher takeoff weight. The A330 Regional seats around 400 passengers and has a reduced range. This variant was first delivered to Saudia in August of 2016.

The flight deck of the A330-300 is impressive and designed to make it as easy as possible for pilots to control the plane. It features three primary, as well as two secondary, computers designed for flight control. While they are separate, they all function continuously and simultaneously.

The system has safety protection features that are designed to make the plane easy to pilot and to ensure safety.

One thing that sets this aircraft apart from others on the market is that it is loaded with some of the best amenities, which means that passengers will always be comfortable when flying. The cabin features comfortable seats that are very wide, ambient lighting, and great entertainment systems.

With great insulation, not only is the cabin comfortable, but also one of the quietest in the skies. The rear and front underbelly cargo on this plane can easily hold 11 pallets or 32 LD3 containers. These days free Wifi is offered aboard the plane at some airlines.

There’s room for two flight attendants. Thanks to the wide 5.64 m fuselage, the cabin width is an impressive 5.28 m. There is a six abreast seating arrangement in business and first class, with economy passengers sitting eight abreast.

This powerful plane has a maximum take-off weight of 242 t and can carry 139,090 l of fuel when full to capacity.

This aircraft is outfitted with the typical retractable tricycle landing gear. Additionally, there is retractable nose gear.

The Boeing 777-200/200ER is the closest competitor to the A330-300. Another competitor was the McDonnel Douglas MD-11, but that aircraft is now out of production.

The average operating cost per block hour of this airplane can vary depending on how much it is used in a year. In general, however, it costs around $8,816 per hour of operation.