Built on the same measure as the Airbus A330-300, the A330-900neo provides a meaningful enhancement in terms of efficiency and creates a comfortable environment for passengers. 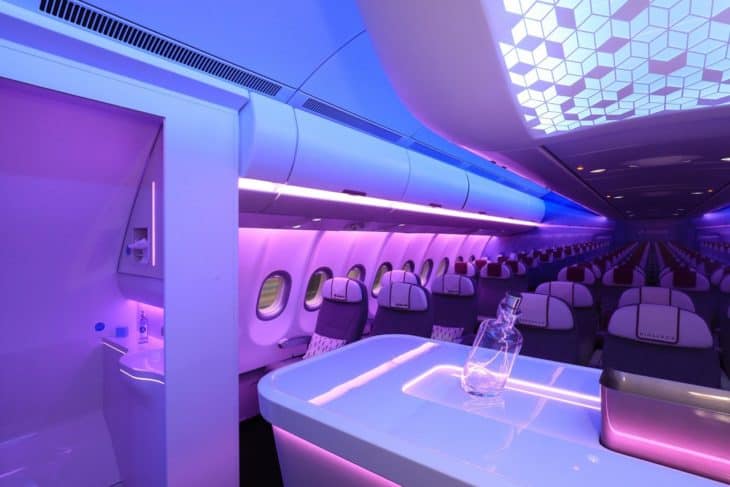 On September 7 2015, the Airbus company made an announcement regarding the initial production of the first A330neo with the development of center wingbox and engine pylon.

In September 2016, final assembly of the A300-900neo began. In December of the same year, the scheduled program moved by six weeks because of marginal engine development at Rolls-Royce, the manufacturer of the aircraft’s engine.

On October 19 2017, the A330-900neo took its maiden flight with its announcement on the 1,400 hours flight test campaign including three prototypes and the first production aircraft.

On November 26 2018, the first A330-900neo was deployed to TAP Air Portugal, the flag carrier airline of Portugal and launch customer of the A330neo. The said aircraft has 298 seats, and to be dispatched from Portugal to America and Africa. On December 15, TAP Air Portugal had its first commercial flight from Lisbon to Sao Paulo, Brazil.

On January 28 2016, Garuda Indonesia purchased 14 aircraft to assist the company’s growth and expansion in the future. On December 27, Iran Air ordered 28 aircraft.

On June 2019, Virgin Atlantic announced a firm order of 14 A330-900neo at the Paris Air Show. On November 5, Cebu Pacific, a low-cost airline carrier in the Philippines ordered 16 aircraft, followed by 12 orders from GECAS on November 22.

The fuselage of the A330-900neo has the same fuselage as of the A330-300. The fuselage has an exterior length of 63.66 meters, height of 7.70 meters, and a diameter of 5.64 meters. It can accommodate up to 300 seats in a three-class layout or up to 440 maximum seats for a high-density set-up. The aircraft has a low maintenance cost landing gear with a wheelbase of 25.38 meters.

The A330-900neo is designed with new wings with a span of 64 meters, and is equipped with composite sharklet wingtip devices for reduction of fuel usage and increase in payload. It has 6 tonnes more payload and 25% less fuel burn compared to previous generation aircraft competitors.

The A330-900neo features the Airspace cabin that provides the most inspiring, relaxing, living, and most beautiful environment for passengers. It is equipped with ambient lighting and quieter cabin for a more relaxed flight. It provides more comfort by having flexible seats, a bigger storage, and a more personal space. The entrance area has new ceiling panels with different patterns and full-color Light-Emitting Diode (LED) lighting that provides a one of a kind welcome experience for every passenger. The enhanced space guarantees that passengers can put their luggage above their seats.

The A330-900neo is also equipped with a flexible seating configuration depending on the demand. It can be configured from a seven side by side Premium Economy, to an eight side by side Comfort Economy, or a nine side by side Economy Class seating.

The A330-900neo is powered by two high-bypass turbofan Trent 7000-72 engines. Manufactured by Rolls-Royce, the engine has a maximum power of 72834 pound each.