The New Engine Option known as A320neo development of Airbus is one of the numerous enhancements made by the company to keep the A320 product line as the most advanced and fuel-efficient single aircraft in the world. 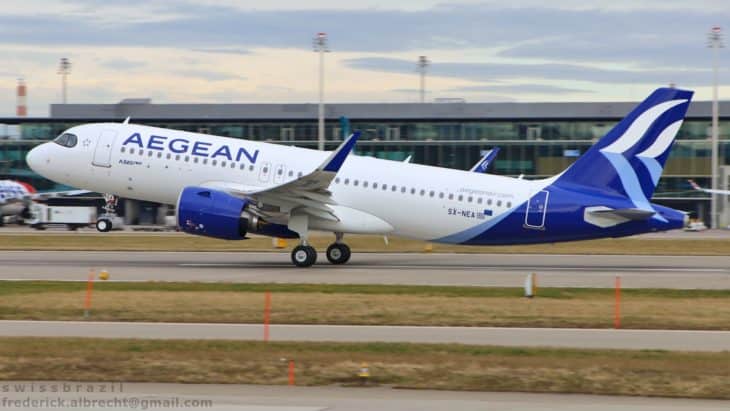 On July 1 2014, the company has rolled out its first A320neo equipped with Pratt and Whitney PW1100G engines in Toulouse, France.

On September 25 2014, the aircraft took its maiden flight from Toulouse.

On November 24 2015, the A320neo received its joint certification from the European Aviation Safety Agency (EASA) and the Federal Aviation Administration (FAA). The EASA certificate was signed by Mr. Trevor Woods, the EASA’s Certification Director, while the FAA certificate by the FAA Manager of Transport Airplane Directorate- Aircraft Certification Service, Mr. Jeffrey Duven.

On January 25 2016, the A320neo entered into service and was introduced by Lufthansa, the launch operator of the aircraft. It took off from the Airbus facility in Hamburg, Germany with flight number LH9917. The aircraft was designed with a special logo, “First to fly A320neo”.

On January 25 2012, Norwegian, the third largest low-cost carrier in Europe committed to order 100 A320neo. In November of the same year, Virgin America Inc. postponed the delivery of the aircraft until 2020. In December, Pegasus Airlines had a firm order for 57 units of A320neo.

The A320neo has a fuselage diameter of 3.95 meters, height of 11.76 meters and external length of 37.57 meters. Its wings have a span of 35.80 meters and equipped with specialized wingtip device called Sharklets. The large composite sharklet is a standard feature on the A320neo design. It has a 2.4 meter height that results in up to 4% fuel burn reduction on longer sections, correlating to an annual depletion in Carbon Dioxide emissions of about 900 tonnes each aircraft.

In May 2010, Korean Air Aerospace Division (KAL-ASD) in Busan, South Korea was chosen by Airbus as the exclusive supplier of the Sharklets. It includes manufacturing, testing, and certification.

The Space-Flex is an innovative cabin design that optimizes space-efficiency by making more usable volume at the rear part of the cabin, with two lavatories and a galley that provides certain benefits such as emptying space for three more seats in the cabin, and giving full access for Person with Reduced Mobility (PRM) on one of the lavatories.

The seating capacity of the A320neo was expanded with enhanced cabin space and added exit limits, that enables the aircraft to seat up to 194 passengers in a high-density layout. The aircraft also provides remarkable environmental performance with closely 50% noise footprint reduction in comparison to other previous generation aircraft.

The widest single-aisle cabin with a cabin width of 3.7 meters and length of 27.51 meters features an incomparable comfort for all the passengers.

The A320neo is powered by either Pratt and Whitney’s PurePower PW1100G-JM or CFM International’s LEAP-1A and has a thrust rate of 27,120 pounds each. The PW1100G-JM has a fan diameter of 206 centimeters while LEAP-1A has 198 centimeters.