The Lockheed P-38 Lightning was designed and built by Lockheed for the United States Army Air Corps during the Second World War. It is a piston-engined general fighter introduced in July 1941 and served as a fighter-bomber and night fighter, as well as aerial reconnaissance. The P-38 was produced from 1941 to 1945 with a total number of 10,037 aircraft built. 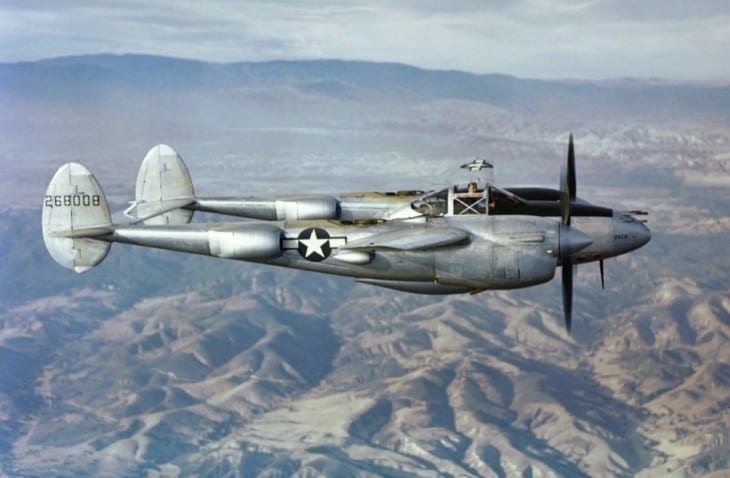