The EC-130H Compass Call is an electronic attack aircraft primarily used by the United States Air Force. It is derived from the Lockheed Martin C-130 Hercules and is massively improved to disturb and confuse enemy command and control communications, carry out counter-information offensive missions, and perform other types of electronic attacks. 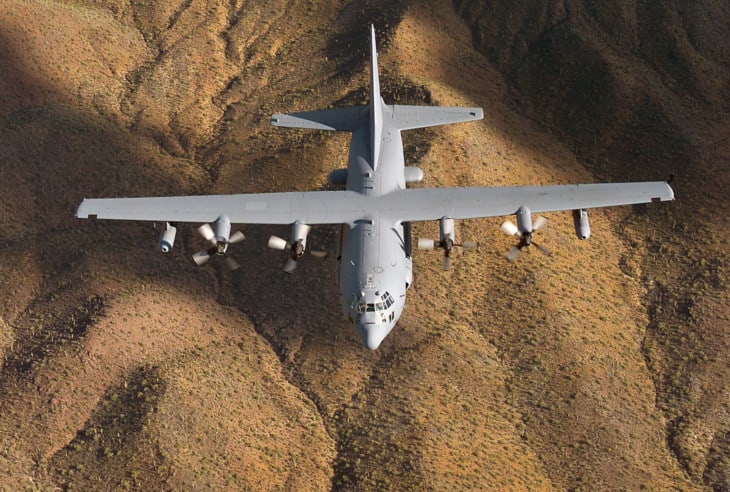 In 1981, the Compass Call conducted its maiden flight and became operational in 1983. The Lockheed EC-130H Compass Call is a joint effort between Lockheed Martin, BAE Systems, and L3 Communications. By February 2014, the aircraft accomplished 10,400 combat missions and 64,200 flight hours. Since 2002, fourteen EC-130H were operated by the United States Air Force’s 55th Electronic Combat Group (ECG) at Davis-Monthan Air Force Base in Arizona.

The airframe of the EC-130H is manufactured by Lockheed Martin and is an improved type of the C-130 Hercules. L3 Communications provided the aircraft integration and rebuilding of parts while BAE Systems supplied the prime mission equipment. The aircraft can accommodate a combat crew of thirteen; the commander, together with the co-pilot, navigator, and flight engineer is in charge of aircraft flight and navigation while the rest manage the EA mission equipment indelibly incorporated in the cargo/mission compartment.