The Lockheed L-749 Constellation is designed and manufactured by Lockheed Corporation and is the first Constellation to routinely fly nonstop on transatlantic routes. It was developed from the L-649 but with more fuel capacity, stronger undercarriage, and equipped with weather radar. The L-749 Constellation was produced from 1947 to 1951 and was retired in 1993 with a total of 119 aircraft built. 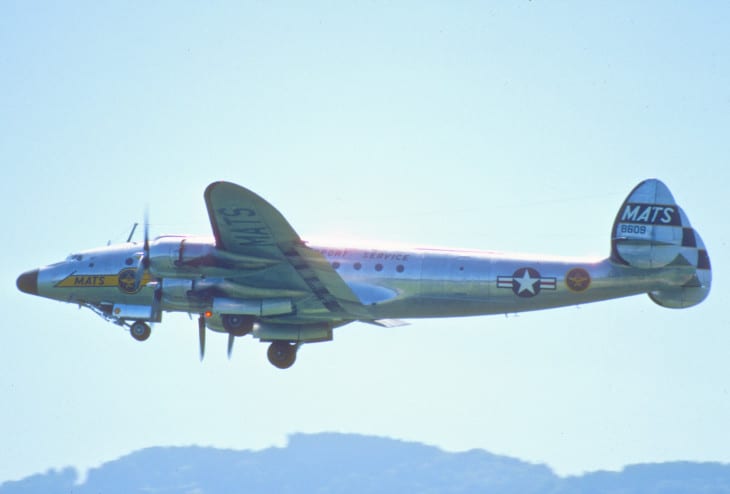 During early 1947, the L-749 Constellation was made public by the American aerospace company Lockheed Aircraft Corporation. It was developed from the L-649 and was built with fuel tanks for a longer range, as well as strengthened undercarriage. The aircraft also featured jet stacks which increased speed, thus, increasing noise and needed further insulation.

On March 14, 1947, the initial L-749 conducted its maiden flight. In the same month, the aircraft was granted its certification. On April 18, 1947, the first L-749 Constellation was sent to Air France. In June of the same year, Pan American World Airways obtained its first L-749.

The Lockheed L-749 Constellation could carry six to eight crew members including a pilot, copilot, radio operator, flight engineer, and two to four flight attendants. It could also accommodate sixty to eighty-one passengers on board. The aircraft has an external length of 29.67 meters, an external height of 5.7 meters, and a fuselage diameter of 3.4 meters. The tail height is 6.83 meters and the wheelbase is 8.2 meters. It has a wingspan of 37 meters and a wing area of 153 square meters.

The L-749 was fitted with four Wright R-3350-749C18BD-1 Duplex-Cyclone engines. It is a twin-row eighteen-cylinder radial engine with two pushrod valves each cylinder, a two-speed single-stage supercharger, a Chandler-Evans downdraft carburetor fuel system, dry sump oil system, and an air cooling system. The engine produces a maximum power of 2,500 hp each and drives a three-bladed constant-speed fully-feathering propeller.