The Lockheed L-1011 Tristar boasts out of the ordinary features, including distinct engine configuration for reduced cabin sound, anti-glare windows, spacious aisles and overhead cabin- all carefully crafted for passenger’s comfort. It also features a technologically advanced fly by wire automatic flight control system to aid the pilot in flight. 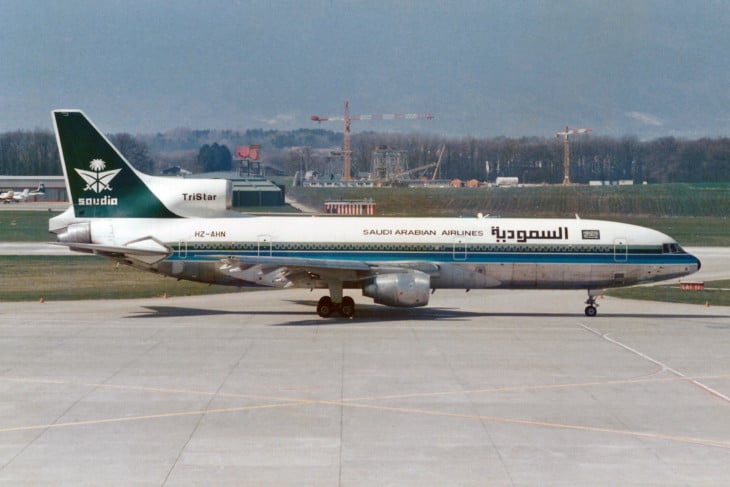 Manufactured in Lockheed facilities in Burbank and Palmdale, California, the L-1011 Tristar is by far the sole commercial jet aircraft produced by the Lockheed Corporation. The aircraft was called as Tristar owing to a staff naming competition by the company.

In the late 1960s, due to American Airlines demand for an airliner that can transport 250 passengers on long routes, Lockheed Corporation developed the L-1011 Tristar, a medium to long range wide-body jet smaller than the previous L-188 Electra. The L-1011 Tristar competed with the Douglas DC-10 and won over the latter because of its technologically sophisticated features that made it stand out.

There were forty-four L-100-200 produced; twenty-four of those were newly built, others were converted.

The Tristar 200 has an exterior length of 54.17 meters, exterior height of 8.4 meters and fuselage diameter of 5.97 meters. Its regular low set tail is 16.87 meters tall. It is designed with low set wings with a wingspan of 47.35 meters and wing area of 321.1 square meters. It is fitted with a tricycle retractable undercarriage with a wheelbase of 21.33 meters.

The aircraft has a spacious cabin with length of 33 meters, width of 5.77 meters and height of 2.7 meters. It can fit 256 passengers in a mixed-class seating and up to 400 passengers in a high density configuration.

The L-1011 Tristar 200 has a technologically advanced automatic flight control system rated for Cat-IIIc autolanding that enables the aircraft to land in zero visibility conditions with the use of an autopilot. The aircraft utilized an Inertial Navigation System for tracking the position and orientation; this comprised arranging the navigation system by inputting present coordinates of longitude and latitude.

It is also equipped with Direct Lift Control (DLC) system that enables stream landing approaches. The system adjusts the rate of descent while landing without the need to adjust the angle of attack. The L-1011 Tristar 200 features an Auto Clave system for connecting fuselage panels together that was immensely resistant to corrosion.

The trijet configuration of the L-1011 Tristar 200 has three Rolls-Royce RB211 engines. One of the engines was mounted under the wing, together with a third engine mounted in the center with an S-duct air inlet positioned in the tail and in the upper part of fuselage. The triple spool high bypass turbofan engine has a maximum rate of 50,000 lbf each. It has a maximum length of 4.82 meters and a fan diameter of 2.19 meters.

On August 19 1980, a Saudia Flight 163 from its intermediate stop at Riyadh International Airport burst into flames seven minutes after takeoff. The aircraft successfully made an emergency landing however smoke rapidly overcame all the people on board as they queued for the exits. There were 287 passengers and 14 crew on board; no one survived the accident.

On December 23 1980, a Saudia Flight 162 from Dhahran International Airport suffered an explosive decompression of the cabin.  An emergency landing was made at Doha International Airport. Two passengers were ejected through a hole in the cabin floor which led to their death. There were 292 people on board; 7 were injured and 2 were killed. The accident is considered as the second deadliest aviation accident in Qatar.