The Piper PA-61 Aerostar was designed by Ted R. Smith as a twin-engined propeller-driven aircraft produced from 1967 to 1984. The light transport aircraft was initially built by Ted Smith Aerostar Company before it became Piper Aircraft Corporation. A total of 1,010 aircraft were produced. 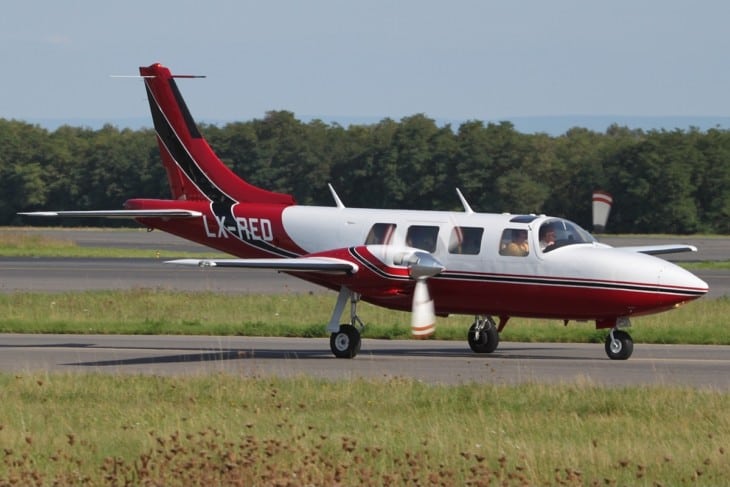 In October 1967, the American aircraft designer Ted R. Smith performed the maiden flight of Aerostar 600. The aircraft was a twin-engined mid-wing cantilever monoplane that could accommodate up to six persons on board. Later variants were equipped with turbocharged engines designated as the Aerostar 601. While in the production run, the aircraft had a cruising speed of 220 knots to 261 knots which made its claim to be the fastest twin-piston general aviation aircraft. The Aerostar was also designed with light construction, as well as low drag and better engines to provide a faster rate of climb. It was produced from 1967 to 1984 with a total of 1,010 aircraft built.

The Piper Aerostar is powered by two Lycoming IO-540-K engines. It is a six-cylinder air-cooled horizontally-opposed piston engine with two overhead valves per cylinder, a fuel injection system, and an air cooling system. Each engine produces a maximum takeoff thrust of 290 horsepower. The aircraft has a maximum speed of 240 knots and a cruise speed of 210 knots. The travel range is 1,063 nautical miles. It can fly up to 25000 feet and can climb at a rate of 1800 feet per minute. It has a takeoff and landing distance of 759 meters and 619 meters, respectively.