Multi Engine, Multi Role: The Piper Seminole. PA-44 is an easy-to-fly twin, which became very popular in the 1970s and 1980s; it is popular for flight simulator fanatics to fly as well. 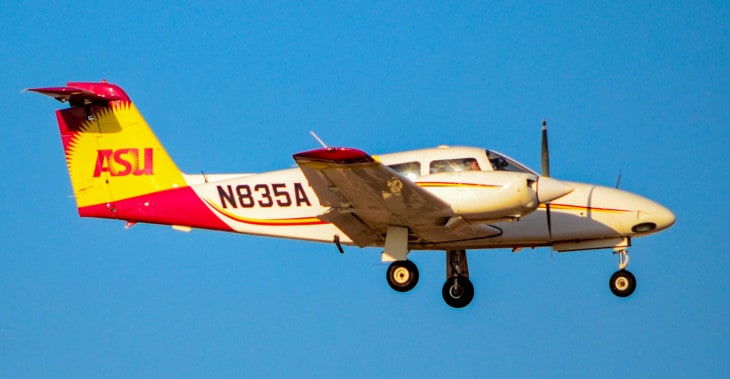 The groundbreaking Piper PA-44 is an American double-engine light airplane many by Piper Aircraft. This is the expansion or advanced model of the previous Piper Cherokee one engine airplane and is intended firstly to utilize for multi-engine flight training. This was build in the year 1979 to 1982, from 1989 to 1990, and has been in production since the year 1995.

This aircraft was made from the onset with safety in mind. The growing number of double engine-related mishaps as general aviation increased and developed in the middle of the twentieth century. This airplane was made first to be a trainer even if it is kind handling features resulting in it becoming popular amongst those searching for a double-engine kind of aircraft for long-range cruises and those who regularly fly over mountains or waters.

Amongst the safety features of this aircraft was the integration of two 180HP Lycoming O-360 E1A6 engines. Every engine is rotating counter to each other that provides fantastic airplane stability, and makes sure that no one is regarded as the good engine in case of a failure. Piper PA-44 began production in 1976, and almost 1K has been made to the present day.

This airplane is armed with state-of-the-art features. Below are some of the best features integrated into this aircraft:

While this new aircraft was made to be in every pilot’s light twin, the PA-44A did have some superb design features. For instance, it had a unique fuel drain sump style with just two drains for the whole system; both are located on the right portion of the fuselage for fast and simple access.

The Piper PA-44 Seminole is considered one of the most excellent overall airplane today from easy maintenance and easy inspection. The fact that this model is still in production at this point, the components are easy to find, and make sure this aircraft is ready on the line once you need to go flying.