The Piper Arrow isn’t the roomiest, fastest, and most stylish aircraft; however, it has enough of those features to provide it enduring popularity. Those who cannot pay for a Bonanza or Mooney provide a less costly, though still reasonably able, cross-country aircraft. 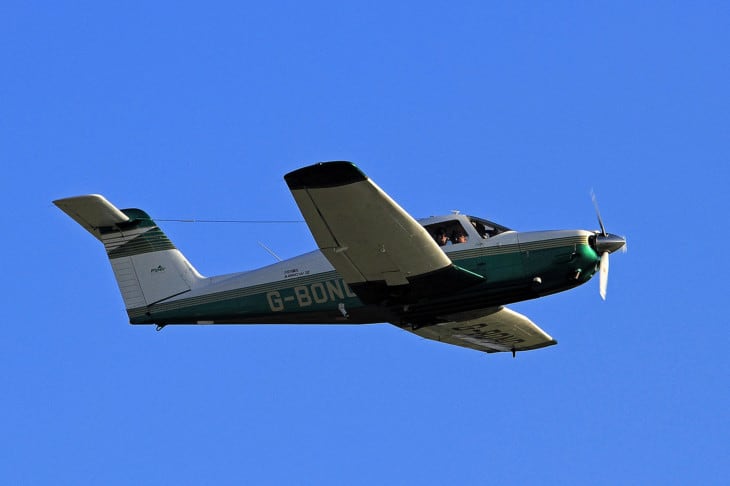 Piper Arrow is only a retractable Cherokee, is a sound step-up aircraft for pilots currently flying fixed-gear Pipers. The whole thing will be recognizable, from gauge replacement to procedures and handling. And which were the basic marketing model for the major manufacturers in the year 1960s and year 1970s.

PA-28 Cherokee was introduced by Piper in the year 1961 as a reasonable option to the Piper PA-24 Comanche and to vie with the Cessna 172. It was a bit smaller than the PA-24, however, with a similar idea or concept- a low-wing, one-engine plane ideal for application as both personal commuters and training aircraft that can accommodate four passengers. The original design of the Piper PA-28 instantly spawned a lot of variants all through the year 1960s, which takes account of adaptation to a multi-engine. The Piper PA-28R Arrow is one of the many variations.

While many comparable airplanes at the time come with manual gear extensions, Piper Arrow landing gear was operated electromechanically through a plain or simple cockpit lever. What made this aircraft apart from the rest is the integrated automatic gear extension system. Pilots landing with the gear in the well occurs frequently. The fact that this aircraft was designed as a transition airplane for a new pilot operating a complicated airplane, the company figured this might occur too often in the Arrow. Engineers planned and made a system that would instantly lower the gear once airspeed reduced by 91 knots and various pressure reduced into power regimes you may find on final approach.

Similar technology is also prevented pilots from raising the gear until the aircraft was going up from the landing area at a secure rate of climb. This turns out to be a main selling point based on insurance needs for the complex airplane; a lot of underwriters provided lower rates; this is because of the system.

This aircraft comes with a spacious cockpit, and pilots will not get themselves accidentally bumping switches and controls as they move around. Passengers on the rear cockpit will love the generous legroom of this aircraft and the additional view afforded by the third window put into the later models.

This aircraft is certified in the normal classification and for IFZR flight is equipped with the needed avionics.  Arrows at present coming out of the manufacturing plant are integrated with the Garmin G500 avionics suite.

Arrow was considered one of the many designs which survived the bankruptcy of the company. When the latest model came in year 1990s, Piper Arrow held its position amongst the company’s lineup in the type of Arrow III. It is offered as a complex trainer though lots of pilots still love it as a personal commuter due to its low price. Almost 7,000 Piper Arrows are produced since 1967, and the plant keeps on manufacturing until now.