The Piper PA-28 Cherokee is designed and produced by Piper Aircraft as a two to four-seat civil utility aircraft introduced in 1960. It was an unpressurized light aircraft with an all-metal structure, single-piston engine, low wings, and tricycle undercarriage. Produced from 1961 up to the present, the PA-28 is used as a personal aircraft, as well as for flight training and air taxi. 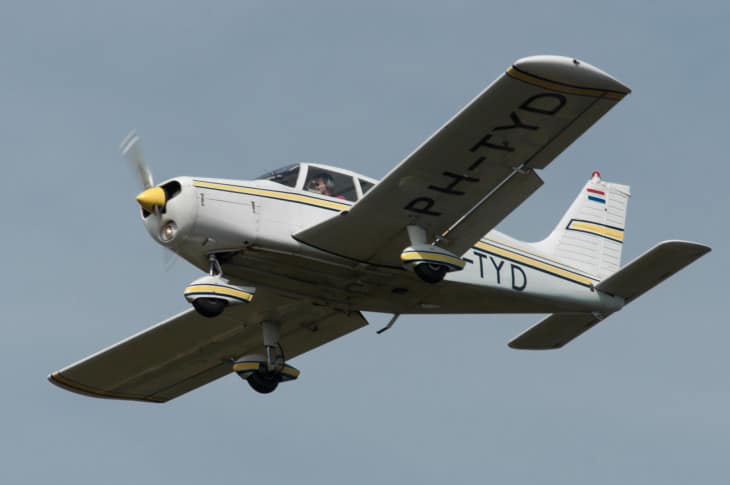 In 1960, the first PA-28 was awarded the Federal Aviation Administration type certification. Aircraft production started from 1961 up to this day. Designed as a more economical substitute to the PA-24 Comanche, the PA-28 Cherokee has lesser manufacturing costs and cheaper parts that enable it to contest against the high-wing Cessna 172.

In 1961, the production of the original Cherokees designated as PA-28-150 and PA-28-160 began. In 1962, the manufacturing company built the PA-28-180 fitted with a Lycoming O-360 engine rated at 180 horsepower. The additional power enabled it to efficiently fly with four persons on board. In 1968, modifications were added such as a third window on each side and the cockpit of the aircraft was improved from push-pull engine throttle controls to quadrant levers.

In 1964, the Pa-28-140 Cherokee was introduced. It was powered by a Lycoming O-320-E2A four-cylinder, air-cooled, horizontally-opposed piston engine rated at 150 horsepower and driven by Sensenich M74DM propellers. The aircraft has a maximum speed of 123 knots, a cruise speed of 108 knots, and a stall speed of 47 knots.

The travel range is 465 nautical miles. It can fly up to 14,300 feet and can climb at a rate of 660 feet per minute. It has a takeoff distance of 502 meters and a landing distance of 564 meters. The maximum takeoff and landing weight are both 975 kg. It has a maximum payload of 421 kg and a fuel capacity of 50 gallons.

In 1967, the PA-28R-180 Cherokee Arrow was built. It was equipped with a constant-speed propeller and retractable undercarriage. The version was fitted with a Lycoming IO-360-B1E engine rated at 180 horsepower. Several other versions were produced afterward.