The Bell 222 a twin-engine light helicopter manufactured by Bell Helicopters. Introduced in 1979, it was the first rotorcraft to be certified for single-pilot operations without the use of autopilot. 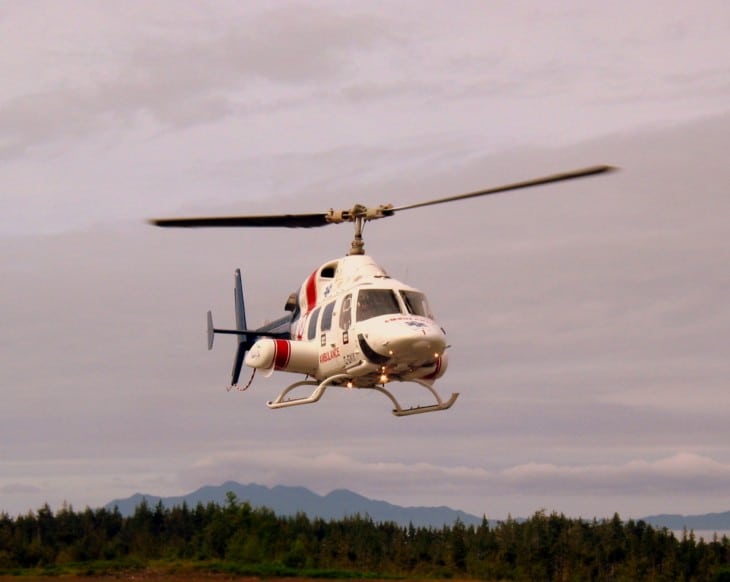 The manufacturing company Bell Helicopters started to develop a twin-turbine engine light helicopter in the late 1960s later designated as the new Bell 222. In January 1974, a model version was exhibited at a helicopter convention.

The Bell 222 was the first light commercial helicopter with twin engines constructed in the United States. In 1975, the manufacturing of 222 started. On August 13, 1976, the helicopter took its maiden flight. On August 16, 1979, it was awarded the Federal Aviation Administration (FAA) type certification, then on December 20, 1979, it was authorized for Visual Flight Rules (VFR) operation. On January 16, 1980, deliveries of 222 started. On May 15, 1980, the helicopter received its approval from the Federal Aviation Administration for single-pilot instrument flight rules (IFR) use.

The helicopter features numerous updated features such as dual hydraulic and electric systems, IFR avionics, sponsons lodging the retractable undercarriage, as well as introducing the use of Noda Matic vibration reduction system that the company had developed for the Bell 214ST.

The helicopter’s engine exhaust stacks are situated at the back of the engines. The rotor system of the helicopter incorporates a two-bladed, slightly rigid high-kinetic energy main rotor and underslung rotor design to prevent the need for lead/lag hinges.

The rotor head is equipped with elastomeric bearings that consist of rubber and metal plates and is designed to meet the required stiffness for rotor hub bearing. The 222 is also designed with a pusher-type tail rotor with two blades attached on the left part of the tail boom.