The Kamov Ka-115 is a Russian twin rotor helicopter, and while it doesn’t bear the same name recognition as other models on the market, this aircraft offers some unique features that make it stand out from its competitors. The Ka-115’s most notable feature is its ability to take off and land in tight spaces. This makes it an attractive option for emergency response or police services looking for a small but versatile chopper. In addition, the Ka-115 has been designed with fuel efficiency in mind – a concern of many modern pilots. 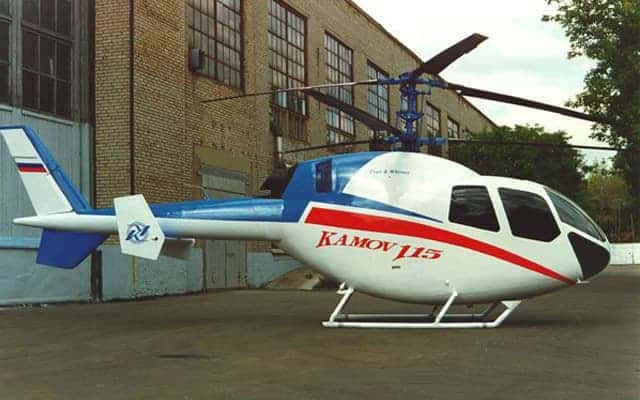 The Kamov Ka-115 is a Soviet light utility helicopter that was designed in the 1970s. The design of this aircraft was based upon what would be needed for a new generation of small, agile helicopters that could operate from any type of terrain and were capable of carrying up to four people or 500 kilograms (1,100 lb) cargo. It has been reported by one source that the German company Messerschmitt-Bolkow-Blohm had a hand in designing this model due to its “unique architecture”.

The KA-115’s main feature is its ability to carry objects externally attached to it which makes it possible for it to transport various items such as weapons, ammunition, foodstuffs and other military equipment without having to land.

The twin rotor design is referred to as a “coaxial” system since the rotors share the same axis and move in opposite directions to counteract each other’s torque. The Ka-115 has no tail rotor that creates thrust in the rear of the aircraft instead it uses both rotor systems for lift and thrust.

This helicopter can carry one person seated between its tandem rotors and has a cabin that is accessed by two sliding doors on the left and right of the cockpit. Each door slides on top of the rotor blades so as not to interfere with them when opening and closing. The Ka-115 has four officially listed versions: ambulance, reconnaissance, radio electronic warfare and light cargo.

The Kamov Ka-115 is powered by a single Aviadvigatel PS-68 gas engine that produces 910 horsepower, giving it a top speed of 193 kilometers per hour with a range of 312 kilometers.