The Bell 214ST is a medium-lift, twin-turboshaft commercial transport helicopter manufactured by Bell Helicopter. It is a derivative of the UH-1 Huey family and is bigger with different exteriors compared to Bell 214. 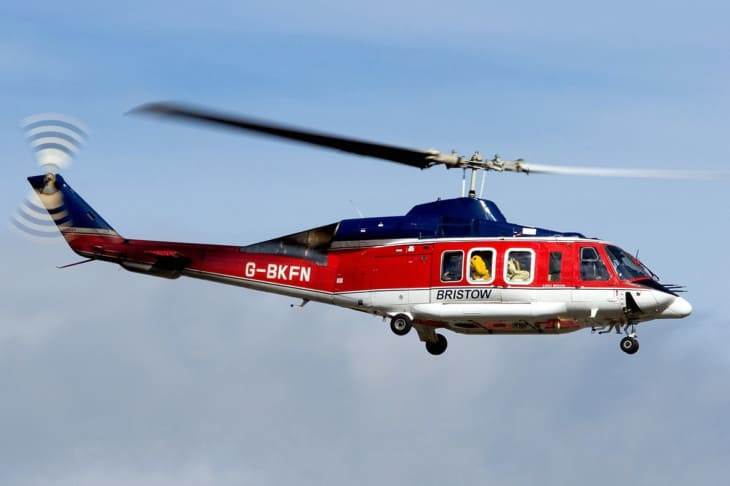 The Bell 214ST was initially built as a program for the military from the Bell 214B BigLifter. It was specially developed for the Iranian military, however, the helicopter never entered service in Iran, instead, it became famous with contractors that usually work with the United States military. In 1978, three prototypes were produced. However, helicopter orders from Iran were canceled due to the Iranian revolution in 1979.

Then the 214ST drew attention to other possible customers which resulted in the manufacturing company to proceed with the 214ST construction at the Dallas-Fort Worth facility. The outcome was a launched civil helicopter instead of a military type.

The primary dissimilarity of the 214ST from the BigLifter was the newer twin General Electric T700 engines to enhance the hot and high performance of the helicopter and also to enhance safety. Each engine has a maximum power of 1,625 shaft horsepower. On February 15, 1977, a provisional Model 214 twin-engine conversion took off from Texas.

The flight test was successful so the manufacturing company resolved to push through with a conclusive Bell 214ST powered by twin engines. It has an extended fuselage by 0.76 meters and a modified main rotor with a bigger diameter. Fifty 214A and three hundred and fifty 214ST would be built at the Isfahan production plant in Iran.

On July 21, 1979, the three entirely-built prototypes of the 214ST conducted its maiden flight. In 1981, the manufacturing of production helicopters started. In 1982, the 214ST received its Federal Aviation Administration and Civil Aviation Authority certificate. The military 214ST version was produced and deliveries started in 1982.

The 214ST can accommodate sixteen to eighteen passengers in flight. It has an exterior length of 15.03 meters, an exterior height of 4.8 meters, a tail height of 3.8 meters, and a fuselage width of 2.6 meters. The helicopter has a maximum cruise speed of 146 knots, a travel range of 435 nautical miles, a service ceiling of 10,400 feet, and a rate of climb of 1,780 feet per minute.