The Bell 505 Jet Ranger X is a light helicopter designed and manufactured by Bell Helicopter. It was introduced on March 7, 2017, and is powered by a single Turbomeca Arrius 2R engine rated at 505 shaft horsepower. 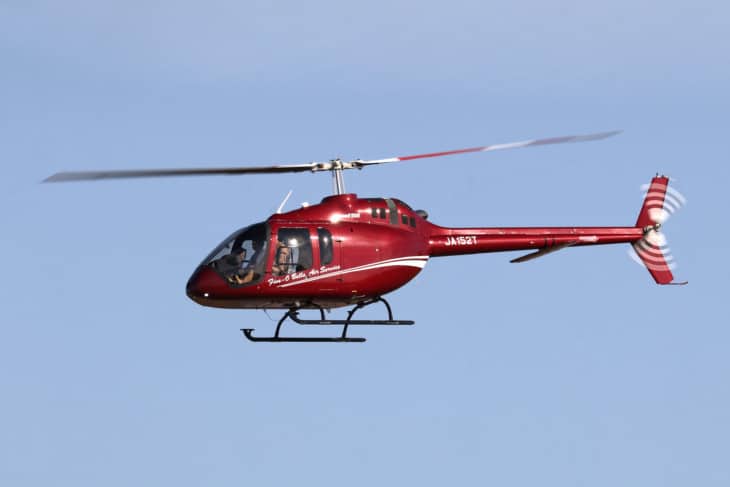 On June 17, 2013, the helicopter presented as the Bell SLS (Short Light Single) was made public at the 2013 Paris Airshow. On February 25, 2014, the helicopter designation was unveiled at Helicopter Association International (HAI) Heli-Expo 2014 in Anaheim, California.

In 2016, the major helicopter production began in a hangar facility at Lafayette Regional Airport in Louisiana. Early assembly, test flight, and type certification began in Canada while the Lafayette facility is being constructed, and the assembly of tooling was done in various places around the world. On November 11, 2014, the 505 took to the air for the first time with a speed of 60 knots. In February 2015, the second test helicopter made its first flight.

On December 21, 2016, the 505 received its Transport Canada certification. On March 7, 2017, the manufacturing company delivered the first Bell 505 Jet Ranger X in Arizona to the owner of Pylon Aviation and a private operator Scott Urschel. In June 2017, the helicopter was awarded certification from the Federal Aviation Administration, and in June 2019, it was awarded the high-altitude certificate.

The Bell 505 Jet Ranger X features a clean-sheet design, but with high-powered parts incorporating the Bell 206L-4’s rotor system, and metal and composite construction of the airframe. The helicopter has a flat floor of 2.04 square meters and a luggage bay of 0.51 cubic meters.

It is powered by a single Turbomeca Arrius 2R turboshaft engine with a dual-channel full authority digital engine control (FADEC) for better fuel efficiency and automatic engine protection in case of out-of-tolerance operations. It was also forecasted to have a 3,000-hr Time-between overhaul. The Jet Ranger X features the Garmin G1000H integrated flight instrument system in the cockpit. An optional cargo hook is also available.