The Ilyushin IL-76 is a strategic and tactical airlifter designed by Ilyushin powered by four Soloviev D-30 turbofan engines. The IL-76 was initially intended to become a commercial freighter and was built to transport large machinery to secluded and rural areas. 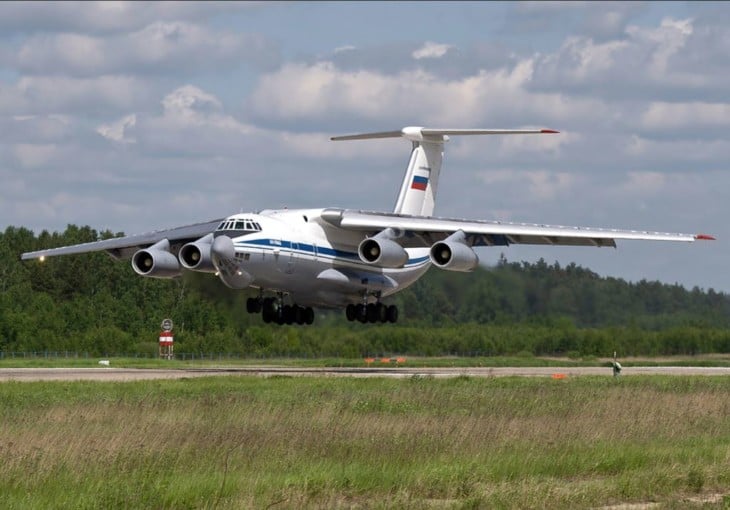 In 1967, Ilyushin came up with an aircraft design that targets the need for a freighter that can bear almost 40,000 kg of payload with a range of more than 2,700 nautical miles in just six hours or less. The aircraft was intended to fly from unpaved airstrips and can adapt to unfavorable weather conditions.

The aircraft was planned to be Antonov An-12’s successor. In March 1971, the first Ilyushin IL-76 took to the skies for the first time. In 1974, it entered into service.

Production took place in the Tashkent Aviation Production in Tashkent, Uzbekistan. In June 1974, the first aircraft was delivered to its launch customer, the Soviet Air Force. The aircraft became the primary strategic transport aircraft of the Soviet Union. In 1976, Aeroflot operated the aircraft.

During the 1990s, upgraded versions designated as IL-76MF/TF powered by D-30 engines manufactured by Soloviev were built. These versions were designed with a 20-meter long, 3.4-meter-wide and 3.4-meter-tall cargo compartment, however, financial issues were encountered by the primary operator, Russian Air Force which led to the slow and limited production of the type. On August 1, 1995, the II-76MF prototype took its maiden flight.

Four Soloviev D-30KP powered the aircraft. It is a two-shaft low-bypass turbofan engine with an axial fan, 3-stage LP and 11-stage HP compressor, 2-stage HP and 4-stage LP turbine, and was officially referred to as bypass turbojet. Each engine produces a maximum thrust of 26,500 lbf. The aircraft has a maximum speed of 490 knots and a service ceiling of 43,000 feet. The rate of climb is 3000 feet per minute. It has a maximum takeoff weight of 170,000 kg and a maximum landing weight of 152,500 kg.