The Ilyushin Il-96 is built by Ilyushin in the Soviet Union as a four-engined jet capable of long-haul flights. It was a wide-body airliner introduced on December 29, 1992, with Aeroflot, and was produced by the Russian manufacturer Voronezh Aircraft Production Association (VASO) on the same year up to the present. 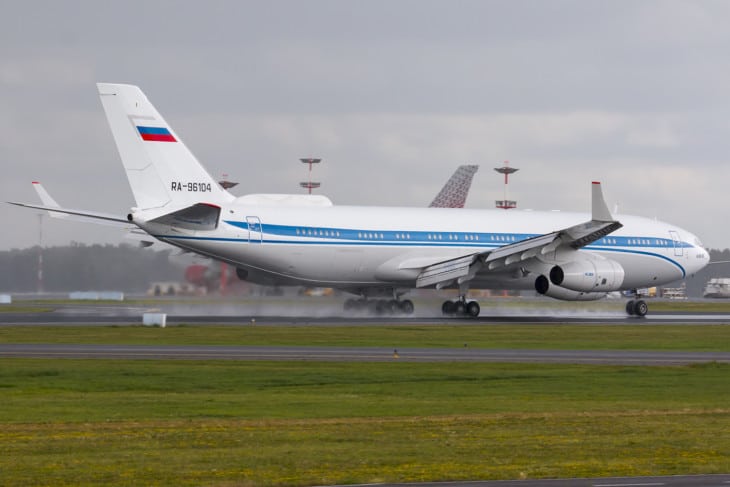 The Ilyushin II-96 is a derivative of the first widebody airliner of the Soviet Union, the Ilyushin II-86. Unlike its antecedent, the II-96 is capable of flying on longer ranges, and equipped with more innovative technology. It is fitted with supercritical wings incorporating winglets, as well as a glass cockpit with electronic flight instrument displays, and fly-by-wire technology. In 1988, the aircraft made its first flight. In 1992, the Il-96 was awarded its type certification. The airliner has three major versions namely the Il-96-300, Il-96M/T, and Il-96-400.

The Il-96-400 is the same as the Il-96M. However, unlike the Il-96M that features Pratt and Whitney engines, the Il-96-400 is fitted with engines and avionics systems from Russia. The aircraft is a quadjet- it is powered by four Aviadvigatel PS-90A1 high-bypass commercial engines rated at 38,326 lbf thrust. Its engine is a twin-spool high-bypass turbofan with a single-stage fan, four-stage low-pressure and thirteen-stage high-pressure compressor, fully annular combustors, and two-stage high-pressure and four-stage low-pressure turbine.