The Vickers Valetta was built and manufactured by Vicker-Armstrong Ltd as a military transport aircraft in the late 1940s. The Valetta was designed featured an all-metal structure with mid-mounted wings, twin engines, and tailwheel-type landing gear. It was developed from the Vickers VC.1 Viking. 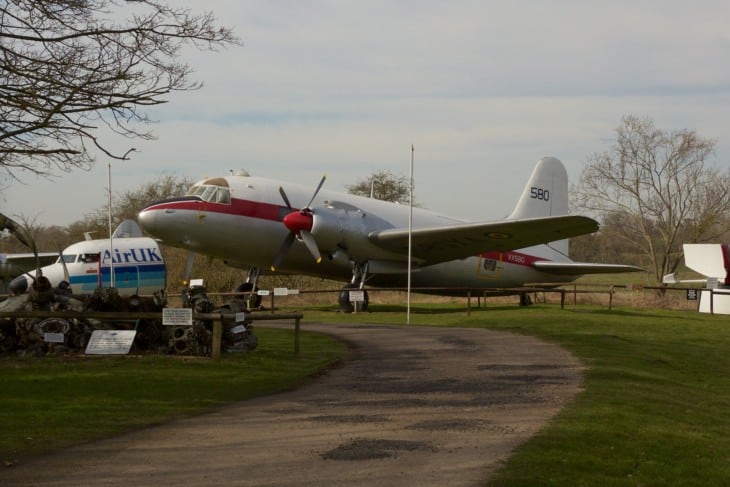 The Vickers Valetta was developed from the Vickers VC.1 Viking civil airliner. It was a military transport aircraft that conducted its maiden flight on June 30, 1947. The first flight took off from Brooklands, piloted by Captain Mutt Summers. It was the 58th Viking that was converted into the Valetta prototype. Unlike its predecessor, the Vickers Valetta was equipped with better and improved engines, a reinforced floor, and enlarged loading doors. Valetta was available in four main variants designated as C.1, C.2, T.3, and T.4.

In 1948, the Valetta C-1 entered service with the Royal Air Force and had taken over the Douglas Dakota military transport. In 1956, the aircraft was utilized to perform parachute drops during the Suez Crisis or the Second Arab-Israeli War. During the 1950s and 1960s, the Valetta served as transport assistance for numerous British Military operations like the Malayan Emergency as well as operations in Aden.

A total of 211 C.1 were built. The Valetta C.2 was produced as a VIP transport with additional range. A total of eleven C.2s were built. The Valetta T.3 was designed as an aircrew trainer for the Royal Air Force College. A total of forty T.3s were produced. In August 1951, aircraft deliveries started and in September 1952, the final T.3 with serial number WJ487 was delivered. The Valetta T.4 was a converted T.3 that featured a stretched nose to fit a radar scanner for crew training in the Airborne Interception. Eighteen T.3s were modified to become T.4s.