The Vickers VC.1 Viking is developed and manufactured by Vickers-Armstrong Limited and introduced in 1946. It is a twin-engine short-range airliner primarily used by British European Airways. The aircraft was developed from the Vickers Wellington long-range medium bomber and was produced from 1945 to 1954 with a total number of 163 aircraft built. 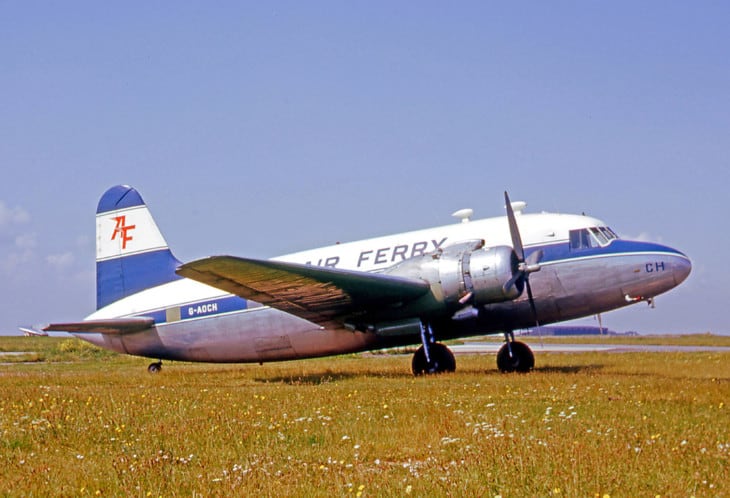 On June 22, 1945, the first Vickers Viking prototype designated as the Type 491 with aircraft registration G-AGOK piloted by Joseph Mutt Summers took its maiden flight at Wisley, Surrey. On April 20, 1946, the third Viking built was sent to British Overseas Aircraft Corporation. BOAC ordered nineteen Vikings and on March 23, 1946, the first Viking operated by BOAC took to the air for the first time.

The aircraft was produced from 1945 to 1954 with a total number of 163 Vikings built. The Viking was developed from the Vickers Wellington long-range medium bomber. The first nineteen produced aircraft that were afterward designated as Viking 1A can accommodate twenty-one passengers and built with metal fuselages. It was also fitted with geodetic wings. The next production version designated as the Viking 1 was equipped with stressed skin mainplanes.

The British airliner is powered by two Bristol Hercules 634 radial engines. It is a fourteen-cylinder, two-row, supercharged air-cooled radial with gear-driven sleeve valves with five ports per sleeve, a single-speed centrifugal-type supercharger, a Claudel-Hobson carburettor fuel system, and Farman epicyclic reduction gear. Each engine produces a maximum thrust of 1,690 horsepower and drives a four-bladed de Havilland or Rotol constant-speed propellers.