Four times the range and bombload of its predecessor “Wellesley”, the Vickers Wellington is the most produced British long-range medium bomber and anti-submarine aircraft during early World War II. The twin-engine Wellington is the only British bomber used throughout the Second World War and features a geodetic airframe by Barnes Wallis. 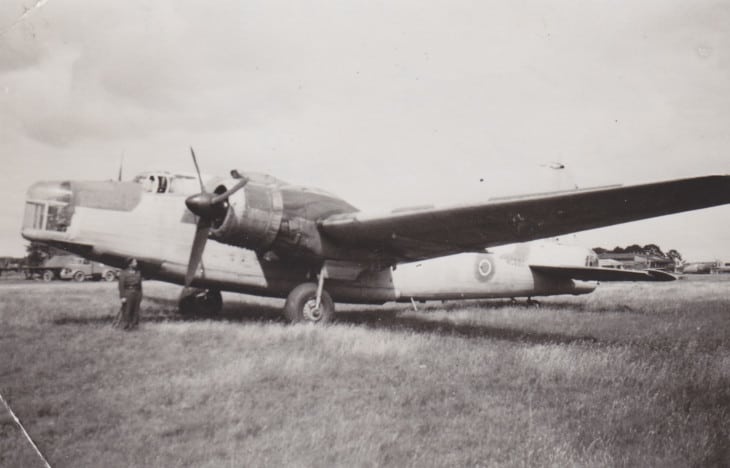 In 1932, the Air Ministry of the United Kingdom asked Vickers to bid for the Specification B.9/32, which needed a twin-engine medium daylight bomber. The manufacturing company then organized a design study, managed by Rex Pierson, the chief designer at Vickers. Adapted from the airship and Wellesley light bomber, Barnes Wallis, an aeronautical engineer and the chief structure designer of the Wellington presented the use of a geodesic airframe fuselage structure- a principal feature of the aircraft. In the course of structural testing at the Royal Aircraft Establishment (RAE), the presented design provided not just the needed strength factor of 6, but extended to 11 in the absence of any failure, showing the geodesic airframe to have a strength beyond the normal level.

The Bristol Pegasus was chosen for the air-cooled variant, while the Rolls-Royce Goshawk was selected to power the liquid-cooled type. On February 28 1933, two Wellington variants were presented. In September, the Goshawk powered type was issued a pilot contract. After a year, the manufacturing company offered to utilize the Pegasus or the Perseus engines rather than the initial Goshawk.

Design modifications has been applied such as the controllable-pitch propellers, and gun turrets located in the nose and tail. In December 1936, the specification was altered to add front, rear, and midship turrets. It also incorporates bomb undershields and spring-loaded bomb bay doors. Further developments were also included such as a mid-wing configuration and an overall weight added on the aircraft.

In August 1936, 180 orders of Wellington Mk I were placed. In October 1937, 100 orders for Wellington Mk Is were received, followed by 100 Mk Wellington II. Because of the gust of orders, the company made the manufacturing process simpler and aimed to produce one Wellington each day. However, construction took longer time to accomplish because of the geodesic fuselage structure compared to monocoque structures, that led to several criticisms of the aircraft.

In October 1943, Broughton employees set their weekend to build the Vickers Wellington LN514 driven by the clock. The medium bomber was assembled in 23 hours and 50 minutes and took to the air after 24 hours and 48 minutes. Each Vickers Wellington was normally constructed within 60 hours.

The Wellington has a tapered wing with a wingspan of 26.26 meters and a wing area of 78 square meters. The aircraft has an external length of 19.69 meters and height of 5.31 meters. It is also designed with a tall single vertical stabilizer.

The aircraft can accommodate five crew members. The bomb-aimer was positioned at the nose of the aircraft. It can be equipped with dual flight controls, and specialized dual-control conversion sets were enhanced to carry out training upon the aircraft. Later models of the Wellington cockpit features heating and de-icing equipment. A key feature of the aircraft is the geodesic structure capable of absorbing heavy damages.

Different engines and propellers were used on different Wellington versions. The aircraft was initially powered by Bristol Pegasus radial engines with two de Havilland propellers. Some versions were powered by two-row radial Bristol Hercules engines, others by the Rolls-Royce Merlin piston engines.