The Vickers Warwick is a multipurpose twin engine bomber design that was in service in a number of roles including maritime reconnaissance, air-sea rescue, and transport operated during World War II. The aircraft can fly up to 2,000 nautical miles and has a maximum speed of 195 knots. 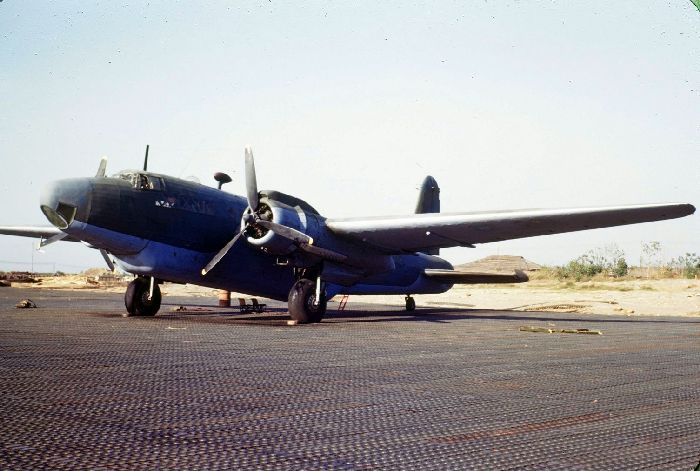 On August 13 1939, the first prototype designated as the serial K8 178 outfitted with Vulture engines conducted its first flight in Brooksland. It was operated by Captain Joseph “Mutt” Summers, the chief test pilot of Vickers Armstrong. The test flight lasted just a couple of minutes because of a flaw in the carburetor linkage.

On April 5 1940, the second prototype took its maiden flight. It was equipped with the Centaurus engine and had several enhancements to its configuration to provide better inflight performance. The second prototype was seen as promising; however, the Centaurus engine was in short supply. In October, proposal to redesign the aircraft was submitted. It was intended to be re-engined with four Rolls Royce Merlin XX or Bristol Hercules HE7SM engines; however, after some considerations, the idea was rejected since it would result to decrease in range and in payload. After some time, the use of the Pratt and Whitney Double Wasp radial engine had been proposed. In July 1941, the second prototype with Pratt and Whitney engines took its first flight.

On January 3 1941, 250 Vickers Warwicks were ordered on the initial production. It included 150 units of Double Wasp-powered aircraft and 100 units of Centaurus-powered aircraft. In November 1941, aircraft deliveries had been scheduled.

The aircraft was designated its name as Warwick, in line with the Air Ministry’s practice of labeling bombers after British cities or town.

In 1941, the second prototype was participating in flight trials in order to assist the production like an alternative tail flight testing that enhanced the Warwick’s handling. The aircraft was re-engined with new production standard engines and new propellers that arose issues with engine ignition, that were later fixed with the use of a revised booster coil.

Because of continuing engine insufficiency and also revision in policy, among 150 planned Vickers Warwick, only 16 had been completed. Despite the successful first bomber aircraft at Weybridge, the Warwick’s capabilities were lower than the requirements of the Air Staff for being a bomber transport. The new Warwick was designated to other operations such as troop and cargo transport, air-sea rescue, long range anti-submarine patrols, maritime reconnaissance and crew training.

In 1942, the British Overseas Airways Corporation (BOAC) placed an order for 14 Vickers Warwick.

In January 1943, 57 units of Warwick MK I were completed. On the same month, it was announced that the aircraft would operate as a standard transport and air-sea rescue. During mid-1943, the MK I was converted to MK II. There were 219 MK I produced in total.

The Vickers Warwick ASR MK I has an external length of 22.02 meters, height of 5.64 meters and wingspan of 29.47 meters. It can accommodate up to six crew members.

The Vickers Warwick ASR MK I is powered by two Pratt and Whitney R-2800 Double Wasp radial engines with a maximum thrust of 1,850 horsepower each. It is a twin-row, 18-cylinder, air-cooled engine with water injection. It has a length of 2.06 meters and a diameter of 1,342 millimeters. The use of water injection or anti-detonant injection had been included to cool specific areas on the induction system and also to increase thrust during low speed and take off.