The Vickers Viscount 700 is a British medium-range turboprop airliner and the first production version of the Viscount suitable for operation through a range of climatic conditions, equipped with a pressurized fuselage, and can accommodate forty passengers and three crew members. 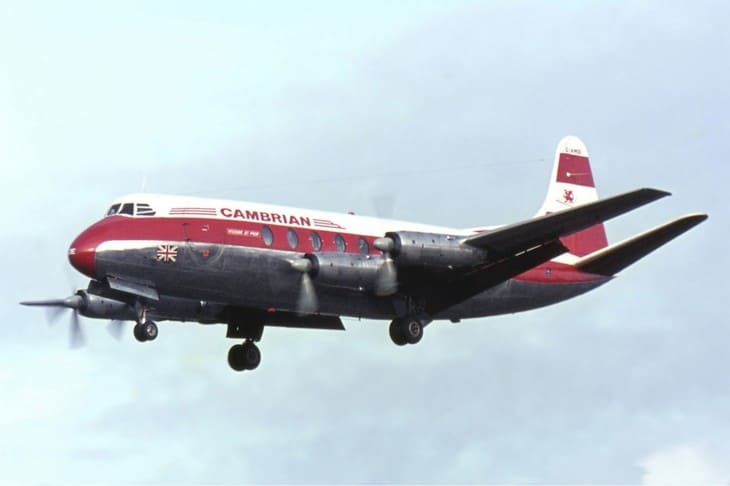 The Vickers Viscount was the first turboprop airliner in the world to enter service. The Type 700 came out of the shortcomings of the earlier Type 630. The former prototype was considered very small and slow and has a higher operating cost for regular service. Airline indifference to the thirty-four seat Type 630 and the availability of better Dart engines led the manufacturing company to stretch the design to forty seats. Early flight testing also revealed the characteristics of the turboprop which resulted in development for a stretched version of the aircraft equipped with more powerful engines. The new prototype was designated as the Type 700. In February 1949, the Ministry of Supply placed an order for the Type 700.

On April 19, 1950, the Vickers Viscount 700 conducted its maiden flight. On April 17, 1953, the aircraft was awarded its type certification, following its entry into service with British European Airways (BEA) the next day. The aircraft was the subject of various large orders including from North America. Its flawlessness, better operating economics, and pressurization system greatly contributed to its successful outcome.

The Viscount 700 is powered by four Rolls-Royce Dart RDa3 turboprop engines which produce a maximum thrust of 1,381 horsepower each. The engine has a two-stage centrifugal compressor, a seven-straight flow combustion chambers with ignitors, and a three-stage axial turbine.